The whole of Russia celebrated the 110th anniversary of the brilliant Russian actor, talented musician, the founder and the leader of the first Soviet jazz band, Leonid Utesov (born on March 21st, 1900). 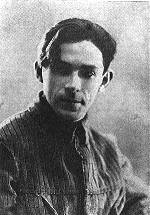 One can not imagine the history of the Soviet music, jazz in particular, without such a person as Leonid Utesov. Several generations of Russian people were brought up on his songs. Utesov was not only an idol, but also a rebel, a revolutionary in music. He had to take great effort to win the right for the jazz music to exist in the Soviet Union. The government of the USSR would ban his creative work, attack him for his petty-bourgeois and light-minded views. Nevertheless, Utesov became the first public figure to be invited for top meetings in the Kremlin. Soviet leader Joseph Stalin repeatedly asked the artist to sing some of his songs to official guests. Utesov's hoarse voice was not the voice of a professional singer. However, every Soviet citizen recognized that unique voice even in most distant parts of the country. Critics would often criticize the artist for his poor vocals. Leonid Utesov's answer to such criticism was simple: “Let it be so! I do not sing with my voice. I sing with my heart!” The whole USSR would join in singing to Utesov's songs.

Leonid Utesov heard the sound of a professional jazz band in 1928, during his visit to Paris. He organized his first jazz orchestra in 1929 – it became the absolutely new genre in the Soviet Union. The artist's performance in the music band was not purely musical: he acted as a band master, danced and sang, played the violin, read poems and talked to the audience. All the acts in the performance were masterfully connected with each other, from the very start till the very end. Leonid Utesov's first show was a great success; his band won national popularity soon after that. The artist had a successful movie career too: he played the role of Kostya Potekhin in the musical “The Funny Guys” (“Vesyolie Rebyata”).

Leonid Utesov and his music band did a lot of concerts for Soviet soldiers during WWII years. The artist donated the money that he collected for his concert activities to the national defense industry: the funds were enough to build three battle planes. One of Utesov's hits, the song called “Mishka-Odessit,” became one of the most popular songs on the military front. When the war was over, Utesov continued his music activities, but he hardly appeared on the movie screen. Leonid Utesov died on March 9th, 1982 in Moscow.