In the past, both the U.S. and the Soviet Union were actively using space for spying on each other

Pravda.Ru has already reported on the presentation of a unique book on history of the world manned space exploration published recently in Russia. The book is titled “The world manned space exploration. History. Technology. People.” The presentation took place in Moscow and included a press conference. The participants of the press conference spoke about the book and various issues relating to the subject. 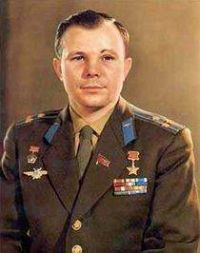 Below are the transcripts of some of the interviews recorded during the press conference:

“I personally regard the publication of this book as an event of paramount importance. This book along with a few others to be published as part of the “Kosmoskop” project are invaluable sources of information in terms of the most memorable and interesting pages in the history of the manned space exploration. For the time being, we are planning to sell it on the basis of individual orders only. It is impossible to sell though the mail order system because the book is quite expensive and far too heavy (about 3 kilos) to be shipped by mail. We are not going to sell it in the book stores either because its retail price would be 50% higher in this case. Anyway, we are confident that this book will be treasured by those who care for space and technology.”

It is simply nonpareil. I do not expect anything like it to be published in the next twenty years. It is hard to define the genre of the book. Let me remind you why so many people stare at the stars at night. They do it for many reasons. Some imagine the Big Bang, others think about the mysteries of matter, some people ponder the structure of space and time while others try to gain some experience in the celestial navigation. Some may even remember the myths of old which gave names to the constellations. And others just look at the starry sky because they enjoy it. Different groups of people can satisfy the thirst for space-related facts and figures by reading our book. It is rife with technical details. It has numerous eyewitness accounts provided by cosmonauts and astronauts. It is lavishly illustrated with hundreds of photographs. In a sense, it is a manual on the history of space exploration. We dedicate the release of the book to the 45th anniversary of the first group of the Soviet cosmonauts. It was formed on March 7th, 1960.

“It is really difficult to define the genre of this book. But this is the first publication of the kind. We should take into account the immensity of the subject. Even those remarkable writers andexperts who worked on the book simply could not touch on every issue relating to the subject. Some of  the documents are still classified, others are deemed irretrievably lost.  I can tell you straightaway that I enjoyed looking through the book. I like the way it is written, I agree to the placing of the emphasis. In the past, both the U.S. and the Soviet Union were actively using space for spying on each other. Space reconnaissance was a top priority. Then the winds of change started to blow. Now we should focus on the exploration of near-earth space. We should join forces and launch the spaceships to Mars, Venus and other planets. We should explore near-earth space for the benefit of all humankind because it will give us “power infinite and heaps of bread” as the great Russian scientist Konstantin Tsialkovsky put it. By “power infinite” he did not mean military power, though. He meant ways and methods to control the forces of nature. Despite being the military man, I strongly object to the use of space for military purposes. The planet Earth is on the verge of catastrophe now. I am not saying that the end of the world is slated for tomorrow. But we should make every effort to tackle the climate changes before it is too late.

While thumbing through the book, I recalled the decision that I made on March 22nd, 1992. On that day I volunteered to take part in a space flight expected to last from year and a half up to two years. Why did I do so? A few days earlier I had a meeting with a group of American astronauts, we discussed issues relating to psychological problems caused by the long-term space missions. The Americans were going to spend 13 months on board the space station Freedom. But their project never materialized due to sky-high costs and technical problems. In the early 1990s we were looking for ways to revive the prestige of our space industry. A manned space flight to Mars could have been a really good step in the right direction. In general, a round trip to Mars would last from one year and a half to two years. The preparation to such a flight involved numerous medical and biological problems that needed to be addressed before taking off. As a result of my first 8-month space mission, scientists learned a lot about the impact of a long-term space flight on man in terms of biology and psychology. My experience showed that a cosmonaut could still remain physically fit and mentally sound even after staying many months on board the spaceship. Provided that he performs his duties in a professional manner. The book is just excellent. I believe it is destined to be reprinted. When Yuri Baturin said that nothing of the kind would be printed in the next 20 years, I guess he really meant that the book would be eventually reprinted in 20 years to mark the first successful manned mission to Mars.