Blond women rule the world at all times

Hair has always topped the list of fetishes in the European culture. Women's hair has been evolving from the symbol of obedience (plaits) to the instrument of seduction. Long hair becomes a lot more tempting and attracts a lot more men's attention if it is colored blond or platinum. This color has made its own fetish category: men aspire to conquer blonds, women want to become blonds, whereas fashion designers and makeup artists want to use this blond passion in their work. 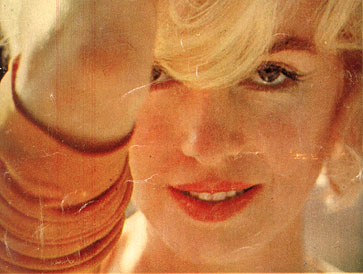 Ancient Roman women used to dye their hair with beech ashes and crocodile fat. If they had no crocodile fat, they had an alternative – goat fat. Decolorizing elements contained poisonous substances that killed hair follicles. Ancient fashion addicts would often grow bald because of the chemicals; they had to spend a lot of money on very expensive natural wigs.

A blond wig strewn with gold powder was a luxury item – even Emperor Nero used to wear it. The natural hair and skin color was considered indecent, which made both men and women use various methods to look different. Ancient Greeks had a great fondness for the blond color as well. They were moistening dark hair with donkey urine: it was believed that fair hair emphasized innocence and even divinity of those who had it, although not even all Greek gods were blonds.

One of the versions says that it was Ancient Greek sculptor Praxiteles, who brought blond hair into fashion in the year 360 B.C. as he was working on the statue of Aphrodite.

First Christian priests considered naked Aphrodite a devil incarnate. The opinion about fair-haired women started changing for the better owing to the art of painting. Rafael believed that Virgin Mary herself was a blond. Boticeli managed to recover the noble image of Aphrodite and launched the fashion of the blond in Venice. 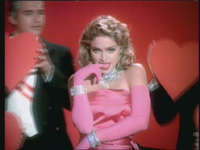 Blonds have always been all the rage everywhere, even when brunettes ruled the world of style in the beginning of the 20th century. A blond woman became the symbol of racial predominance in the 1930s. Fair-haired people started symbolizing new life in Hitler's Germany, in the USSR and especially in the USA, where a blond girl became one of the symbols of the “American Dream.”

Fairy tale princesses are traditionally portrayed as blonds. The first Barbie doll - a copy of actress Jane Mansfield – was a blond too, first Hollywood models and top models were all blonds. Brown-haired inexpressive Norma Jeane Dougherty became a global sex symbol when she dyed her hair and took a new name – Marilyn Monroe. Lubov Orlova, the “Soviet Monroe,” became extremely popular in the USSR when the actress became a blond. Madonna Louise Veronica Ciccone launched her stunning career as she dyed her hair blond and portrayed Marilyn in the Material Girl video. Fashion designers prefer fair-haired and light-skinned models: such girls look inexpressive with no makeup on, although it is easier for artists to create any image on such a foundation.