Who was to blame for the collapse of the Soviet Union?

On 17th March 1991 a majority of Soviet citizens (76 per cent) voted in a referendum to preserve the USSR. This declaration of the people’s will was consigned to history, as in reality everything turned out exactly the opposite: several months later the Union fell apart and instead of one state, 15 new ones were formed. Moreover, the Russian Federation was the first to declare its sovereignty. Why did things happen in this way? Who is to blame? What would have happened if the referendum had worked in practice, and not just remained on paper? Here are the views of some famous politicians, scholars and political analysts on these questions. 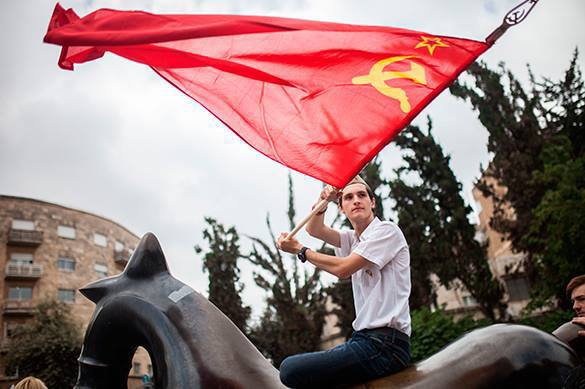 Academic Yuriy Ryzhov, President of the International University of Engineering:

The elites were already prepared for the fact that they would come out from under Moscow’s control. But the people were for maintaining the Union and I think that today they would have voted in just the same way. The elites of the national republics understood that the Union could not be maintained in the same form as it existed at that time, but then it would gradually be transformed without any major cataclysms. The August Putsch created an explosive situation, it terrified the national elites, and all the republics immediately went their own separate ways.

Why did the referendum not work? Because by that time the Soviet elite had dissolved, it had lost its link with its motherland. This was a result of the failure of the Communist experiment. The national elites been torn apart in all directions. The fundamental role in the collapse of the USSR was played by the vote in the Supreme Council of the RSFSR in favour of Russia ’s independence. Let me remind you that all different factions voted in favour, from the communists to those on the right. As it turns out, the Soviet Union could only have been maintained through violent means, but no one resolved to carry out this option.

A section of the Soviet elite, including members of the party, put their personal interests first. Everyone wanted to have their own Central Banks, embassies, did not want to pay taxes into the state coffers - like in Ukraine, Kazakhstan … Yes, Russia voted for sovereignty, but it did not want the Union to collapse (I know, as I was an advisor to Yeltsin at the time). Following the putsch the national elites made de-facto declarations of independence. It all went down that route because there was not enough will or decisiveness at the centre to defend the Constitution – for example by means of force. President Gorbachev could not and did not want to do that. Now he explains that it was because he did want any blood to be spilt.

The main reason for the collapse of the union is the putsch that occurred in August. If Yanaev, Kryuchkov and his company had not set up the State Emergency Committee, then in some form the Union would have been preserved. Everyone apart from the Baltic states was prepared to support it. But one after another the republics began to declare their sovereignty. It is the putschists who bear the main responsibility for the collapse of the USSR, not Gorbachev.

Vice-President of the ‘Reform’ Fund and member of the Public Chamber of the Russian Federation Andranik Migranyan:

The referendum on preserving the Union was carried out in the period when the Federal centre and Gorbachev had entirely lost control over the country. People are just being sly when they say that everyone voted for the USSR: everyone had their own interpretation of what the preservation of the Union actually meant. Incidentally, it was because through this very referendum that Yeltsin gained the opportunity to run for the post of president and bring about the disintegration of the country. This was a result of Gorbachev’s policy which had led to a total loss of control over the processes which were unfolding in the country. And after the referendum all the republics interpreted those questions which they themselves had included in it. The federal centre did not act because by that time it was already an impotent force. Even if 100 per cent had voted to preserve the Union , then because of those questions which had been included in the republics, the Union was doomed. The referendum became a stimulus for the collapse of the USSR.

If the results of the referendum 25 years ago had been implemented, then Gorbachev would have remained president, and the Russian Den Syaponin, not Yeltsin, would have come to power in Russia.

The question which was asked in the referendum was bythat time decided not by the peoples, but by elites. The Soviet elite was in absolutely total disorder. Many “bonzes” were not interested in preserving the Union . In this the Russian elite, which had begun to form on the back of the negation of the Soviet centre’s authority, set the example. And the total loss of guidelines, the lack of understanding of the aims behind perestroika and failure of the reforms played their role. With all due respect to Mikhail Sergeevich it is now clear that Gorbachev did not entirely know what his policy was aiming towards and did not imagine the costs and risks which lay on this path. He managed to defeat the old brigade in the Politburo, but awoke forces which he was incapable of opposing, in fact he did not even suspect that they existed, and in the end he lost.

The referendum is a historical fact, a document which takes the blame off the main mass of the population of the Soviet Union . They had absolutely no intention of bringing about the collapse of the state. The striving for independence in various parts of the USSR were extremely localized, it was linked to local circumstances, say in the Baltic states, in Georgia . But this did not reflect the mood of the people in Ukraine , Belorussia , Kazakhstan , that is to say the main areas which formed the system of the former Soviet Union . The main significance of this referendum is that people came out in support of the preservation of the USSR . But as in most cases in the political process it is not the abstract people who make decisions, however many of them there may be, but the active minorities and political elites, the elites were victorious. They made the most of a succession of failures of the central authority and in the end brought about the end of this central authority and the entire state.

Today the following ideas are mentioned: if not to go as far as restoring the Soviet Union, then perhaps we should at least create a Unified state of Russia and Belorussia, and carry out a referendum on the unification. But will be the point of such a referendum, if the elites have not agreed? When there is this agreement, then it will be possible to carry out referenda.