There are a lot of horrifying stories and rumors about crematoriums. Cremation as a funeral ceremony has been practiced for ages – some nations consider it an absolutely natural farewell to the deceased, whereas other shudder even at the thought of it. Cremation was a common practice with the Etruscans in Europe; the Greeks and the Romans borrowed the custom afterwards too.

Christianity pronounced cremation paganism. Karl the Great outlawed cremation, punishable by the death penalty in the year 785, which made it disappear for about a thousand years. European towns started turning into large cities in 16-17th centuries, which brought up the cemetery organization issue. It became common at that time to bury people in large graves. Cemeteries were often situated very close to inhabited localities, which triggered outbreaks of many infectious diseases. The idea of burning the bodies of the deceased surfaced again.

Europeans started using funeral fires for sanitary purposes in the 17th century. A fire, however, was not a good method of cremation. A way out of the situation was found only at the end of the 19th century. The first cremation in a crematorium oven in Europe took place on October 9, 1874 in Dresden, in a makeshift oven designed by Friedrich Siemens. The engineer cremated a body with scorching air streams. The first modern crematorium was built in Milan in 1876. There are about 14.3 thousand crematoriums in the world today.

The first Russian crematorium appeared in Russia prior to the Great October Revolution of 1917, in the Far Eastern city of Vladivostok. The crematorium used the oven of the Japanese production.

The first crematorium in the USSR was opened in 1920, in Petrograd (St.Petersburg). History preserved a document about the first Soviet cremation: the paper was signed by Comrade Kaplun, the chairman of the committee for building the First State Crematorium and Morgue. The first Soviet cremation oven was stopped on February 21st, 1921 – “because of the absence of firewood.”  379 bodies have been cremated in the oven within that period.

Flaming funeral services finally became a part of Soviet people's lives in 1927. One of the crematoriums was housed in a church. Revolutionaries and members of the Bolshevik party became the first “clients” of that crematorium.

It is noteworthy that Soviet citizens' attitude to cremation was rather negative. One may explain it with traditional denunciation of this kind of burial in monotheistic religions. Judaism denies cremation absolutely. The Jewish tradition perceives cremation as an insulting custom, which goes back to the pagan practice of burning people on funeral fires. Cremation is not acceptable in Islam either. The Orthodox Church approaches cremation as an alien custom, a heretical way of funeral. The Greek Orthodox Church strongly resists the cremation practice too – it is beveled to be an act of violence and an expression of nihilism.

Archpriest Vsevolod Chaplin announced the official position of the Russian Orthodox Church: “Our attitude to cremation is negative. If relatives ask priests to read the burial service prior to cremation, they do not decline their request. Orthodox people, however, should respect the deceased: one should not destroy the body created by God.”

It is worth mentioning that there is a lobby in the Russian Orthodox Church, which does not want cremation to be pronounced an anathema. There is a rumor that the crematorium of Novosibirsk, Siberia, which was opened last year, was consecrated.

One should bear in mind, that religion is not the prime reason of the negative attitude to cremation in Russia. Numerous stories and rumors about the horrors of crematoriums are much more relevant at this point. They say that medics can undress the bodies before burning them, remove their gold teeth and take these “goods” to pawn shops. Cremators, however, laugh at such stories. “One has to make specific cuts on clothes and shoes to put them on a body. These stories are all rubbish,” an employee of a Moscow crematorium said.

When a crematorium receives a body, the personnel ask relatives to take off the jewelry from the deceased. If people decide to leave everything as it is, the events proceed as follows. Crematoriums are usually equipped with cremulators – a special ash mill, which does the respectful processing of ash remains. An electric magnet removes all metal items from the ashes: prosthetic devices, nails, casket handles, and so on and so forth.

When first crematoriums appeared in the USSR, the authorities established special supervising services to conduct the control over all non-magnetic metals not to let cremators steal gold teeth, wedding rings, and other jewelry from the deceased. The temperature in a cremation oven is very high – silver, gold, and other precious metals melt and fuse with ashes. Needless to say that crematorium personnel might steal valuable things from a deceased before the body is sent to the oven. However, there has been no criminal incident registered yet.

It is also rumored that cremators burn only bodies, without coffins. They supposedly take bodies out of coffins and leave the latter intact to be able to sell them again afterwards. “Modern cremation ovens have a technological peculiarity, which excludes a possibility to work without a coffin. In addition, a lot of crematoriums are outfitted with a viewing room, from which relatives of a deceased person may see the coffin being placed in the oven.

One may conclude that rumors about crematoriums are exaggerated. A crematorium, as well as the entire field of ritual services, still remains a source of good income for the people, who work there. It is always possible to obtain some money from those, who grieve about the loss of their loved one. Masters of ceremonies (employees of the crematorium ritual room) often ask people to donate something for a candle, for a service for the dead, etc. As a rule, people do not refuse to pay, for they cannot think adequately under the pressure of grief. 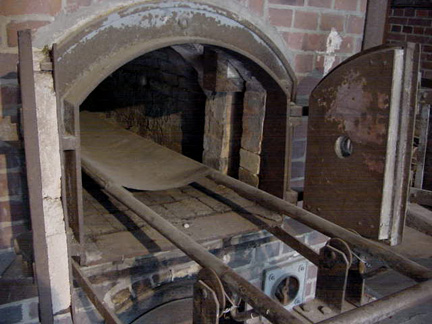 The propaganda of cremation is gathering pace in up-to-date Russia. Proponents of flaming burials recite historical facts, trying to prove that cremation was considered an absolutely normal practice with many nations of the world, including the Ancient Slavs. They also exemplify their arguments with the experience of the USA, Japan, Great Britain, Denmark, and other countries, where cremation has become a widely spread funeral practice. In addition, cremation is portrayed as the most hygienic and ecologically pure way of burial. There is another problem, though, which seems to be a better explanation to it. Cities grow and require new territories. Cremation, therefore, becomes a very good way to save precious land for more useful purposes. To crown it all, cremation is a cheaper service in comparison with traditional funeral. That is why cremation gains more popularity among the people of limited means.