Security from Russians' own pocket 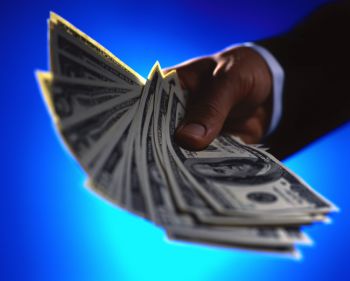 Soon air passengers will have to pay extra $10 for security.

According to GAZETA.GZT.RU weekly, the Russian Ministry for Transportation is now working on a regulation on the issue. The money obtained this way is meant for airport security improvement. However, the mechanism of money collection is not yet definite. The sum meant for security measures may be included in the fare. If so, airport workers fear, airports will get less money than designed.

Airport authorities approve of the Ministry's initiative, but they add special attention must be also paid to distribution of finance between airports. Journalists were told at the Ministry for Transport that air tickets my go up in price already at the end of the year.

In was in the middle of September 2004 that the idea of charging extra money at airports was touched upon for the first time. Director of St.Petersburg's Pulkovo airport Alexander Golovin spoke about this. He suggested setting up a corporation for saving up the money. At that he stated the sum of $5 would be enough to charge every passenger. Alexander Golovin emphasized that mostly remote airports require additional security measures. Security measures were toughened at Russian airports, railway stations and ports after the September 25 air crashes that happened as a result of terrorist attacks.

Additional security measures were introduced at Russian airports on October 1, 2004 to prevent delivery of explosives aboard. The new measures suppose that passengers will be requested to take off their coats, jackets, cardigans, belts and shoes for further introscope examination. If necessary passengers may be requested to strip naked, a spokesperson for the Transport Inspectorate Federal Service Rostransnadzor) said.

Similar measures must be introduced in railway, sea, river and auto transport.