Decades ago, the USA issued a special directive to attack the Soviet Union

Participants and eyewitnesses of the nuclear war, which took place within the framework of only one range ground, gathered together in the Orenburg region of Russia to commemorate 50 years since the military exercise conducted under the condition of a real nuclear explosion. The operation, which took place on September 14th 1954, was called “Snowball.”

The Russian Defense Ministry and the local administration organized the meeting for former soldiers, artillerymen, pilots, field engineers, tankers – the 'nuclear military men,' which used to sign the statement not to expose the state secret. Those people managed to find each other decades later and organized a committee of special risk veterans. 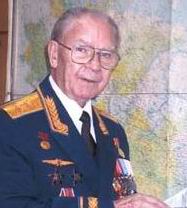 The unexampled exercise took place in 1954, on the territory of the military district in southern Ural, near the settlement of Totskoye. Marshal Georgy Zhukov commanded the 45,000-strong army in the special maneuvers. It was the first and the last time, when the USSR used an A-bomb in a military exercise (it is believed so, at least). Sergey Zelentsov (on the photo), a member of the exercise, an advisor for nuclear arms issues to the director of the Strategic Stability Institute, gave an interview to Minatom.ru on the threshold of the above-mentioned anniversary. Below you can read several excerpts from the interview.

On August 18th 1948, the USA issued a secret directive 20/1. It was the document about an attack against the Soviet Union, the destruction of its cities and the subordination of the country. This policy embraced the period of 50-100 years. In other words, the directive exists now too. The Soviet troops had to be prepared to act accordingly under the conditions of a nuclear attack. The training started 12 months before the exercise commended: it was vital to teach the military men to act properly and fearlessly against the enemy. It was decided to hold the exercise in the Orenbugr region, to the north off the village of Totskoye. The distance between the site and the closest settlement was only five or seven kilometers. The blast took place at the height of 350 meters.

”The troops assumed the controlled offensive along safe routes. The men have definitely been radiated – it could not be avoided on the hazardous area. The blast cloud left its traces everywhere: thatched roofs of several houses in the neighboring settlements went on fire because of the nuclear explosion products - the houses burnt to the ground. There were no other negative consequences after the explosion as far as the local population is concerned.”

It was the first and the last time, when real troops were tested with an A-bomb. According to the “nuclear chronicles” of the country, the government did not venture to repeat it again. However, it is not ruled out that more secrets will be unveiled in the future.