USSR had seen other Chernobyl disasters

The Chernobyl nuclear explosion was undoubtedly one of the biggest tragedies that the Soviet Union had seen. Few in the world know that there were other major disasters in the USSR, the scale of which was just as mortifying. 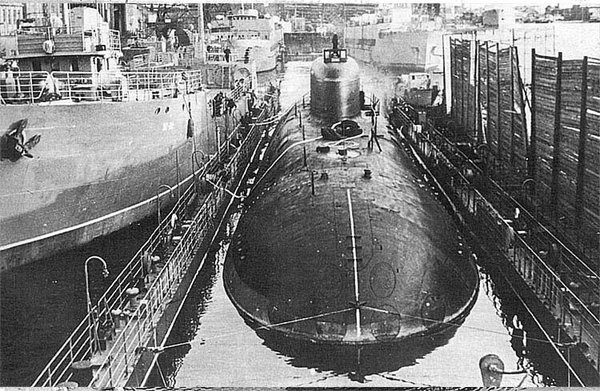 It is also known as Chelyabinsk-40 accident. Today, this town is called Ozersk; it used to be a secret settlement during the times of the Soviet Union. It was the first man-made disaster that the USSR had seen. In 1957, an explosion of tanks with radioactive waste occurred at Mayak chemical factory. No one was injured as a result of the explosion. However, there were about 270,000 people living in the affected area. The military were evacuated first - they were attracted to liquidation works. Civilian people were evacuated two weeks later.

A reserve called East-Ural Radioactive Trace was created on the site of the accident many years afterwards. The site is still closed to the public - the level of radiation there is still high.

The radioactive accident in Red Sormovo (Krasnoye Sormovo) occurred 16 years before the Chernobyl disaster - in 1970. The accident took place during hydraulic tests on a new nuclear submarine at the plant in the Nizhny Novgorod region. The reactor started up accidentally, and the Krasnoye Sormovo workshop was filled with radioactive vapors immediately.

Twelve people were killed on the spot, about 200 others received a huge dose of radiation. The workshop was isolated from external environment, which made it possible to avoid the danger of radioactive contamination of the area. The work to liquidate the consequences of the accident took four months.

Only 200 out of 1,000 employees of the factory had stayed alive by January 2012. All of them became first- and second-degree disabled individuals.

More than 100 people were killed as a result of the explosion that took place on Baikonur Cosmodrome in 1960.

Shortly before the accident, Soviet engineers were developing a new intercontinental ballistic missile at the facility. Marshal Nedelin was supervising the tests as the chief commander of missile forces of the USSR.

Many safety rules were violated as the team was in a rush to have the report ready for the anniversary of the October Revolution. At one point, the engine of the missile was launched earlier than expected, which caused fuel to explode. The information about this tragedy has long been classified.

This tragedy took place in the Ukrainian Soviet Socialist Republic in 1961. The causes of the accident started forming ten years earlier. The Kiev authorities decided to build a landfill of liquid waste from nearest factories and plants in Babi Yar. In 1961, the dam, which was holding the dump, burst, sending an avalanche of dirt 14 meters high and 20 meters wide. The avalanche turned as many as 81 buildings into ruins. Sixty-eight of those buildings were residential. About 1,500 people became homeless as a result of the disaster, about 200 were killed.

The authorities decided not to distribute the information about the accident. The victims were buried quickly. Kiev disconnected itself from international communication the day when the tragedy occurred not to leak any information.

These are just a few disasters that the USSR had seen in its history, but there were more.