Alexander Rutskoy, Russian Air Force General, was the man who brought Boris Yeltsin to power. Rutskoy has unveiled a few interesting facts from the history of Russia. The general said that Boris Yeltsin was drinking a lot during the coup in 1991 and tried to escape to the US Embassy. Rutskoy also said that after the collapse o the Soviet Union, Yeltsin called George H. Bush to report the news to the USA. 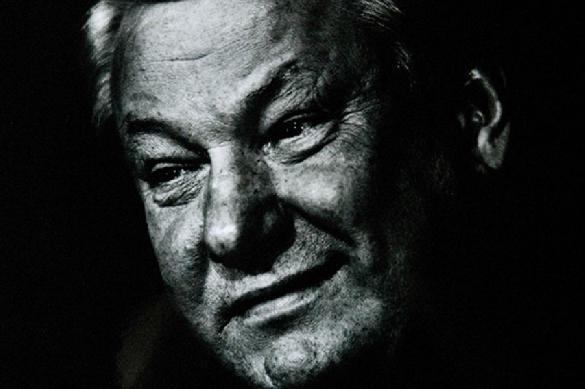 When serving as vice president, Rutskoy defended independence and Constitution of the Russian Federation, especially in the days of the State Emergency Committee. Later, however, he changed his opinions.

In an interview with the Moskovsky Komsomolets newspaper, Alexander Rutskoy spoke about the days, when the Soviet Union stopped its existence. He said that there was an urgent need to remove Mikhail Gorbachev from power, appoint Nikolai Ryzhkov as acting president of the USSR, prepare a new candidate and then hold popular elections for the President of the USSR and the Congress of People's Deputies of the USSR.

Rutskoy said that he did not have even a shadow of doubt about whom to support in the situation of those days. "I swore as an 18-year-old boy to serve the Motherland and the people, and I have never showed disloyalty to the oath," he said.

Today, Rutskoy does not conceal the fact that he had believed Yeltsin's promises about the defense of Russian interests. The vice president of the RSFSR, unlike those, who signed the Belavezha Accords, virtually had no access to the governance of the country.

It was Rutskoy, who escorted Yeltsin to Minsk,  only to find out later that the USSR would be dissolved. Rutskoy wrote a notice to terminate his powers of the vice president, but his initiative did not move forward. During the ratification of Belavezha Accords, he voted against it.

Rutskoy and Yeltsin went separate ways when the latter appointed Gaidar, Chubais and Nechayev for key economic positions in the country. The three officials eventually made Russia experience an economic collapse.

According to Rutskoy, the putsch in 1991 took place because Gorbachev betrayed his homeland and the people who were close to him in his team. The State Emergency Committee made a humble attempt to keep the Union afloat. The putsch in 1993 was a coup, which took place with the support of the United States and Europe.

"There was an intelligence report saying that the White House in Moscow would be attacked. Yeltsin suddenly decided to go to the US Embassy. I was trying to stop him, I was telling him that he should not be doing it. I was asking him whether he was aware of the things that he was doing.  When they signed the Belovezha  Accorda, the first person, whom Yeltsin informed that the Soviet Union was no more, was George H. Bush," Rutskoy admitted.

"Yeltsin was maintaining a contact with the US leadership to inform the Americans about successes of the unilateral surrender in the Cold War," he added.

The book of memoirs by George H.W. Bush titled "A World Transformed" also says that Boris Yeltsin was cooperating with the USA for the collapse of the Soviet Union.

"On December 8, 1991, Boris Yeltsin from a hunting lodge near Brest, in Belarus. Only recently elected President of the Russian Republic, Yeltsin had been meeting with Leonid Kravchuk, President of Ukraine, and Stanislav Shushkevich, President of Belarus. "Today, a very important event took place in our country," Yeltsin said. "I wanted to inform you myself before you learned it from the press." Then he told me the news: the Presidents of Russia, Belarus and ukraine had decided to dissolve the Soviet Union," George H.W. Bush wrote.

According to George H.W. Bush, Yeltsin's tone changed after he finished reading his text. The signed documents, he continued, formulated the provisions that the USA had been advocating. Bush was unwilling to express either his approval or disapproval, so he simply responded with "I understand."