Alcohol for the powers-that-be

Famous people, especially politicians, prefer to keep their alcohol preferences a secret not to stain their reputations. However, like all other people, politicians like to have a glass of wine or beer every now and then. 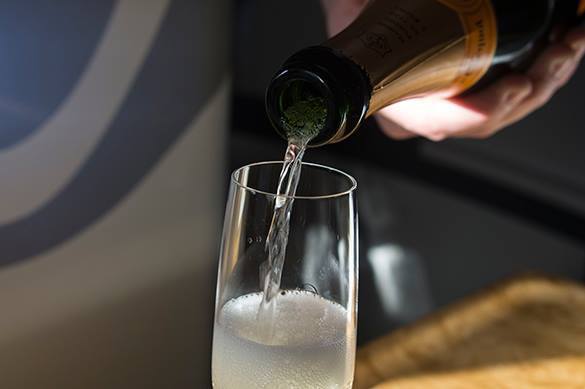 If you see the name Napoleon on a bottle, it means that its contents had been aged from 12 to 30 years. According to historians, Napoleon Bonaparte was a fan of alcoholic drinks. For example, Napoleon enjoyed  Courvoisier cognac. In 1811, Bonaparte visited the warehouse of the company near Paris, where he tasted and praised the local cognac with all his heart. As a result, the company Courvoisier became a supplier of alcoholic drinks to the royal court. The finest of its finest cognacs  - Courvoisier Napoleon - is aged for up to 20 years. Cognac was believed to be Napoleon's favorite drink. Rumor has it that the exiled emperor took several barrels of a valuable cognac with him to the Island of St. Helena.

The name of Grigory Rasputin is shrouded in mystery. One of the best-known rumors about him was related to alcohol. It was believed that Rasputin was a big fan of vodka that he could drink in large quantities. In fact, Rasputin did not drink vodka, but preferred Madeira - a sweet wine, which, however, he could drink in liters for a dinner. Rasputin liked the Russian-made Madeira: the wine called "Sahra" had a nutty taste and a beautiful amber color. Interestingly, before his rise to fame, Rasputin had hardly ever drunk alcohol and limited himself to red wine on holidays.

In his exiles, the leader of the international proletariat dabbled in the Bavarian beer, and preferred Zhiguli beer in his homeland. Famous Munich pub Hofbräuhaus still remembers the famous burry client. For a snack, Lenin opted for salted trout and tiniest smelt.

"Father of Nations" Joseph Dzhugashvili Stalin preferred Georgian wines. Nowadays, two of his most favorite wines are still available in stores - Khvanchkara and Kindzmarauli. Not many people know that before 1942 Stalin drank an anonymous homemade wine created by Georgian collective farmers from Kvareli. The wine was later called "Kindzmarauli." Interestingly, Stalin's last wine was a young grape wine "Madjari." The wine was week, and the generalissimo commonly referred to it as "juice," but the danger of the wine was not its strength, but the ability to raise blood pressure.

Chinese famous vodka - the rice Maotai vodka with a strength of 58 degrees - was a favorite drink of Mao Zedong and other leaders of the Chinese revolution (Deng Xiaoping, Zhou Enlai and others). It was Mao who introduced the Maotai into the diplomatic Chinese protocol. These days, the Maotai is considered one of the most popular spirits in the world.

Little is known about preferences of Russian President Putin in alcohol. Supposedly, Putin hardly ever drinks, but he may have a glass of beer every once in a while. Bill Yenne, the author of "Beer: The Ultimate World Tour" wrote that Putin, when serving a KGB officer in Dresden, preferred low fermentation lager that is brewed not far from the city.