There are specific Russian gestures that people from other countries can hardly understand. Russian people may rip up a shirt on their chest, throw a hat on the ground as if trying to smash it,  and show a fig sign. Let's try to see the reasons why it happens. 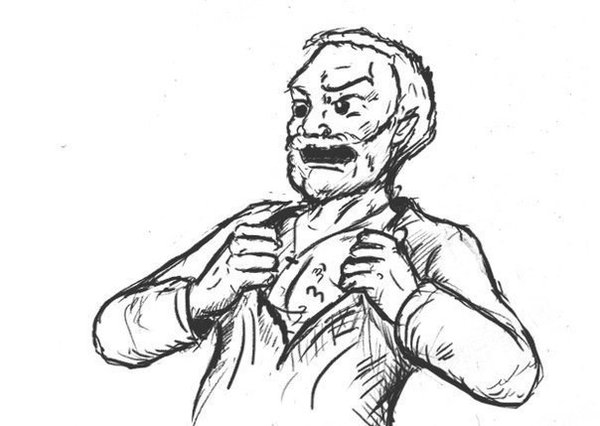 1. Scratching the back of one's head

A Russian man scratches the back of his head when he is puzzled by something. One of the versions to explain this gesture says that this gesture came from folk magic: our ancestors used to do so to call the progenitor of the family for help.

2. Ripping up a shirt on the chest

Probably, the gesture used to be a sign of an improvised oath. A hypothesis says that our ancestors used to show this gesture to others to prove their dedication to the Orthodox faith by showing their cross. In addition, during executions and certain corporal punishments, executioners would rip up a victim's shirt on their chest before beheading them. Therefore, a voluntary gesture like that was to show a person's readiness to go to the scaffold for the truth.

3. Throwing a hat on the ground

A no less expressive gesture, which expresses a desperate decision. For Russian men, headgear (along with beard) used to symbolize their dignity and integration in the society. Removing one's hat in public used to be considered a disgrace. If a man throws his hat on the ground, it means that the person is ready to take risks, even if he can be expelled from the society in case of failure.

4. Hitting oneself in the chest

This gesture is believed to have come to Russia from nomadic military traditions. "Steppe people" used to hit themselves in the chest to swear an oath to their overlord. The gesture displays a person's devotion and determination.

In general, this gesture is typical for many cultures. Russians, most likely, borrowed the gesture from the Germans, who would resort to the sign at times to seduce Russian ladies. Supposedly, the name of the "fig" sign originates from the German expression "fick-fick machen" - a traditional German invitation to intimacy). In the Russian culture, the symbol of this gesture (probably thanks to the morality of Russian women) was transformed into a designation of flat refusal.

6. Flicking finger on the neck

This gesture from the Russian drinking tradition is still widely used in modern-day Russia. The gesture was born in the military environment. The sign was supposedly invented by a person known as Colonel Raevsky, who also "invented" and another "drinking" phrase - "a little under chauffé" ("podshafe" in Russian). Interestingly, this gesture was adopted by speculators during the "dry law", which Nicholas II introduced in the Russian Empire in 1914.