History of the Russian flag

On April 28, 1883 (May 7, 1883) Alexander III issued a "Decree about flags for decorating buildings on solemn occasions." The tsar ordered to use the white-blue-red flag as the national flag of the Russian Empire, instead of the black-yellow-white one. 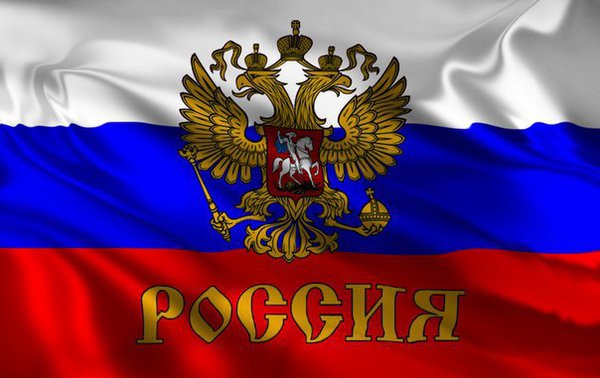 Most historians believe that the appearance of the tricolour flag in Russia (with horizontal stripes) also relates to the reign of Alexei Mikhailovich. The history of the birth of the Russian tricolour flag is described in A. Degtyaryov's book "The History of the Russian Flag." "In the late 60s of the 17th century, the decree signed by Tsar Aleksei Mikhailovich, nicknamed the Quietest, ordered to launch the construction of a military ship in the village of Dedinovo near Moscow. The ship was named proudly and formidably - the Eagle. She was the first robin of the future Russian Navy.

"Documents about the construction and equipment of the Eagle, written by pedantic captain Butler, mention the materials necessary for the production of sea banners and pennants. The documents mention "a great banner that sits on the stern", "the narrow long banner that sits on the middle large tree" and "the flag that rests on the front lying tree. As for the colours of those sea banners, Butler left the following remark in one of the documents: "The flags shall be the colours as the tsar indicates, as the ships often carry the colours of their state." The tsar ordered to use red, white and blue colours for the flag."

The documentary evidence undermines one of the arguments of the critics of the white-blue-red flag. They did not miss an opportunity to assert that the flag was established by Peter I for the commercial and private fleet and could not be recognised as a national flag. However, it turns out that the white-blue-red colours of the flag appeared in connection with the construction of a military ship, the maiden ship of the Russian navy.

The arrangement of colours on the flag of the Eagle was, of course, different from what Peter the Great later wrote with his own hand. The flag had a blue straight cross that divided the banner into four equal parts. The first and the fourth were white, the second and the third were red. By the end of the 17th century, the flag of this type had been widely used on the masts of large and small Russian ships.