Our fascination with mythical creatures

It's the Silly season, when politicians go on holiday and sting jellyfish or crawl into the accident and emergency service of a hospital with ear infections. Others adopt a more hands-on approach exploring the depths of the seas in submarines and in the absence of any sexy political news, proliferate the stories of creatures in forests. And suburbs. 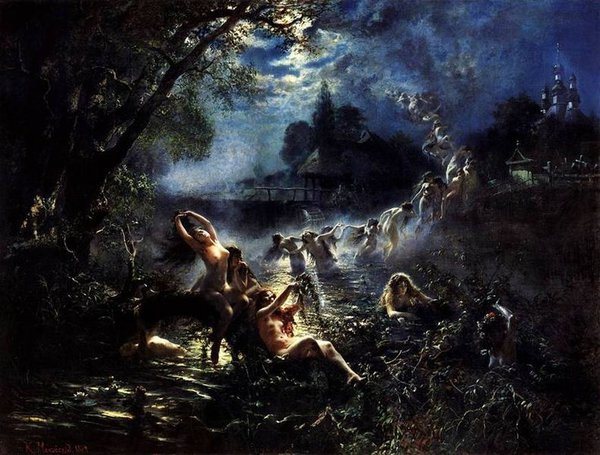 The soccer season has only just started and so the mechanisms which spin the stories to guarantee a sell-out of copies newspapers are still trying to find something juicy, the celebrities are off to the Caribbean on their six-star cruises and the politicians are all doing Summer things, enjoying themselves before coming back to the tedium of national politics and the doldrums of domestic policymaking.

Yet we have always had stories and the tales of mythical beasts and creatures are as old as humankind. Let us take a look at some of them.

The new buzz figures these days, now that tales of ghosts are considered old hat and boring, are the ephemeral Dracula and more recently, a proliferation of Walking Dead or Zombies. Dracula himself, although hailing from Transylvania, is decidedly un-Romanian in character because there is no tradition of vampires or the drinking of blood in Romanian culture. In fact the story Dracula was written by Irish writer Abraham Stoker in 1897, taking a mythological Irish fortress called Droch-fhoula (pronounced Droc'Ola and meaning "blood site"), creating a goatsucker-type creature with wings and giving it as its doppelganger Vlad Tepes or Vlad Dracul, the "impaler", who was in fact a Wallachian war hero famous for his bloodthirsty punishment of invading Turks. Irish culture, indeed, has far more connections with blood-drinking than the Romanian.

Welcome to Dracula, the globalization of mythical creatures. And now what about Zombies? The word Zumbi derives from the Kikongo word (spoken in DR Congo and Republic of Congo) for "fetish" and was originally a snake God, transported across the Atlantic with the slave trade and then appearing on both sides in various manifestations, developing through history in Haiti and the Caribbean, Latin America and North America into the "living dead" which has taken over the big and small screen.

The Goatsucker, from Chile to the Urals

Another globalized creature is the one known among the Romans as Caprimulgus, Latin for Goatsucker, a vampire-like beast that sucks the blood out of its victims, with sightings across the globe from Russia across Europe and the USA to all of Latin America as far down as Chile. Eye witnesses spoke of evil rodent-like creatures, beasts looking like giant kangaroos with crocodile heads, canine-looking beings with huge fangs, many of them leaving vanishing footprints, indicating that they could both run and fly, in all cases causing massacres of livestock sucking them dry of blood through two canine-like incisions in the neck and throat.

Foremost among Slavic mythical creatures is the female Baba-Yaga, a witchlike woman who lives in a house supported by giant chicken legs, and who flies around capturing and eating children. Yet in other versions she is sought to deliver words of wisdom and to guide lost souls. Then there is the male Koshchey Bessmertniy, or Immortal Skeleton, an evil old male figure who menaces young females. Another Slavic mythical figure is the male water-spirit Vodyanoy, who roams around the banks and shores of rivers and lakes drowning people when angry. The female version is Rusalka, a water spirit living on the bed of rivers and lakes during the day and coming out at night to dance in meadows, entrance handsome young men and lead them back to the water to become their slaves.

Leshiy is a wood spirit, who protects forests and their animals. He can take on many forms, from a blade of grass to a mushroom to a tall tree, and even human shape, with burning eyes and his shoes worn backwards. Then there are the two house spirits, the male Domovoi and the female Kikimora. Domovoi looks after the house and becomes angry if there is profanity in the household or neglect of the housework and Kikimora rewards good housekeeping by looking after the chickens. If the house is badly kept, she comes and screams at the children during the night.

In summary, there are literally thousands of stories of mythical beasts from the four corners of the Earth. Strangely, with all the trappings of modern science and technology, we have never yet managed to catch the Loch Ness Monster, Bigfoot, the Yeti, Abaasi, Balaur, Cadejo, Danava, Eachy... the list has multiple guests from A to Z.