Modern European monarchy is, perhaps, one of the most discussed topics in relation to Europe. Some are happy about the cultivated tradition and strongly support the monarchy in the EU, while some are very unhappy with the ruling family and call it a sham. The latter are largely right as the monarchs have forgotten about their responsibilities.

The debate about the so-called royal monarchs of Europe has been ongoing for a long time. Some argue that contemporary European monarchs have no real power and serve as decorative pieces that are only a symbol of national traditions and former dignity, while others believe that the monarchs were sent by God for good purposes. 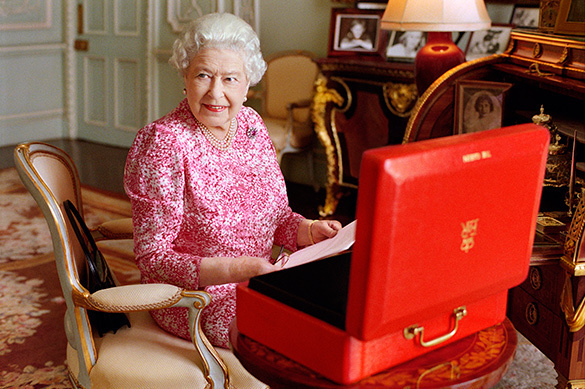 Out of over 230 world countries, only 41 have a monarchical form of government. Today monarchy is a very flexible and diverse system, ranging from tribal forms seen in the Arab countries to monarchical version of democratic European countries. Europe is the second largest region in the world in terms of number of monarchies - 12. The monarchy is presented here in a limited form in the countries that are considered EU leaders (UK, Netherlands, Belgium, Luxembourg, etc.), as well as the absolute form of government in small countries like Monaco, Liechtenstein, and Vatican. The quality of life in these countries differs. The level of involvement of the monarchs in the country management also varies.

A monarchy is not only a form of the government but also a collection of certain spiritual and social ideas. A monarchy is characterized by the principles of unity of command, inherited power and primacy of the moral principles. In Orthodoxy, the monarch was seen as a person sent by God to minister their people. A monarchy is a universal form of organization of the nation that can coexist with most of today's socio-economic and socio-political models. Over the decades, liberals and socialists have been consistently propagating the idea that a monarchy is an obsolete and outdated form of government that should be replaced by a more advanced Republican form.

Multiple pieces of evidence are presented. First, many countries have already abandoned the monarchy or maintain it out of inertia. Monarchs in these countries are merely a tradition and play no significant role in the domestic and foreign policies of their countries. Second, the evidence of a "regressive" nature of monarchy is the fact that after its fall there are no attempts to return to this form of government. This theory has many supporters. Yet, one cannot say that monarchy is evil because many European monarchies are the world leaders.

Some experts, discussing the pros and cons of monarchy, bring up England, Spain, Sweden and Norway as an example. These countries maintain a normal monarchy, and their monarchs are not just symbolic figures but really manage their countries. The supporters of the theory that the monarchs in these countries have real authority refer to the law of the state that gives the monarchs significant authority. For example, the Queen of England appoints the Government, is entitled to dissolve the parliament, and no bills passed by the Parliament are considered valid without her. The opponents of this theory argue in response that all these provisions are a mere formality, since the power is really in the hands of the party oligarchy. The monarchs also should serve as examples of high moral and be an authority in the society.

Do the contemporary monarchs of Western Europe meet the requirements of moral ideals? In most cases (with the exception of Luxembourg and Liechtenstein) the answer to this question would be "no." In addition, the monarchy not only does not meet the standards of the moral values ​​in the minds of people, but even promotes lack of spirituality. In these monarchic states sodomy and adultery flourish, nations degenerate, and the authority of the Church is at its lowest.

In monarchical Spain, King Juan Carlos in June of 2005 signed a law that legalized same-sex marriage in Spain. The church and personally Benedict XVI protested the law. However, the protests did not affect the King. The situation in the church in Sweden also speaks of the decline of morality. 80 percent of people in this country consider themselves atheists. Ethics professor Hans Hammar Berryer invited his compatriots to blow up churches or turn them into pizzerias, cafes, homes, or industrial facilities. SPA-salons and centers of Chinese medicine are opened in churches. All of the above is happening in the country ruled by King Carl XVI Gustaf.

Several years ago, artist Elizabeth Olson Valine showcased a painting in Belgrade depicting King Carl XVI Gustaf in a company of other famous men eating pizza from the naked belly of a pop singer he used to have an affair with. How can these people be the authority for the ordinary residents? Are monarchy and authority synonymous concepts?

The main duty of a true monarch is the implementation of sovereignty. A monarch must be a national arbiter standing above classes and parties. A monarch should regulate social relations and not let demagogues and careerists into power. It used to be the case. What do we see in the modern monarchies of Europe? There are no monarchs who perform their duties, despite some legislative powers. In addition, the current European monarchs are simply toys in the hands of powerful politicians.

Monarchs do not prevent irresponsible politicians from taking office, allowing them robbing the budget and inacting absurd laws. It was partly the powerlessness of the monarchs that led to a severe economic crisis, the fall of morality and the dominance of immigrants. Now, as evidence shows, European monarchs do not have a major impact on the situation in their countries.

Contemporary monarchs in Europe are a sham. They no longer have authority and dignity; they are mired in scandals and immorality. They are accustomed to expensive palaces, beautiful clothing, plush celebrations and elegant ceremonies, forgetting their main goal - strengthening of the national unity and power of the state.