Research has been initiated in France to learn the cause of death of Yasser Arafat...

Prosecutors in Nanterre launched an investigation to find the real causes of the death of the Palestinian leader following a complaint made by his widow. The leaders in the West Bank and his family are convinced that Arafat was poisoned.

The prosecutor of Nanterre (west of Paris), on Tuesday, opened a judicial investigation over the death and murder of Palestinian leader, Yasser Arafat, in 2004, following a complaint lodged by his widow, Souha Arafat, and the suspicion that he might have been poisoned.

The lawsuit was filed after the discovery of polonium, a highly toxic radioactive substance in the personal effects of the former Palestinian leader, which revived the theory of poisoning.

The precise information was disseminated by the international media that one or more judges need to be named who will take charge of the investigation opened in Nanterre, the competent jurisdiction for events in Clamart, where he was staying at the Percy Military Hospital.

Palestinian leaders and family members are convinced that Arafat died from being poisoned.

The news of the start of the investigation in France coincided with the revelations of the magazine Slate of some elements of the history of Arafat.

According to the publication, it is unlikely that the historic Palestinian leader was poisoned with polonium, as suggested by the remains found in his personal effects, but they do not rule out the question of another poison.

Specifically, the magazine refers to one of the toxins from the mushroom "Amanita faloide".

On Friday, the Institute of Radiophysics in Lausanne announced that it will examine the remains of Arafat, after his widow gave the green light to search for a possible presence of polonium. 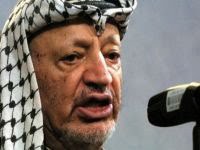