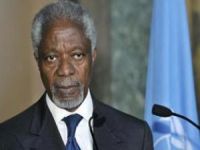 On Sunday (6th), an aide to Iran's supreme leader, Ayatollah Ali Khamenei, accused some Arab countries of trying to sabotage the peace plan designed for Syria by Kofi Annan, by their sending mercenaries and weapons .

Khamenei's advisor for international affairs deplored the monarchical regimes of the Persian Gulf, which have avoided explicitly being identified, extraregional interests are subordinate to their interest in overthrowing President Bashar Al-Assad.

"As countries whose systems of government are identical to those of medieval times and whose populations are deprived of the most basic rights, how can they speak of freedom, democracy and human rights in Syria?," asked the former Iranian foreign minister Ali Akbar Velayati.

In an apparent allusion to Qatar and Saudi Arabia, whose rulers maintain a supply of arsenals for the opposition against Damascus, Velayati criticized that such positions "look for failure" of the mission of UN Special Envoy and the Arab League to Syria, Kofi Annan .

"With such an attitude, they contribute to incite violence in the country and to extend the bloodshed, by which the western powers and the Arabs are aligned, insisting on holding accountable only the authorities of Al-Assad," said the Persian diplomat.

The adviser to the supreme leader of the Islamic Revolution reproved that despite publicly endorsing the initiative of Annan, they "are planning to sabotage the peace agreement with the sending of mercenaries and trafficking arms with the support of Israel and the west."

Velayati added that these measures are aimed at "a rigorous wave of revenge in the strict Islamic Awakening [as Iran defines the riots that shook the Arab countries since 2011] in Egypt and North Africa, which overthrew puppet dictators."

The former foreign minister (1981-1997) also pointed out that the recent terrorist attacks perpetrated by the Syrian opposition "are the manifestation of a conspiracy designed to overthrow the government, which is a stronghold of Arab resistance against and the enemy, Israel."

Syrian officials have repeatedly blamed those who qualify as armed terrorist groups, saboteurs outside of the law "of being behind the instability experienced by the country since March 2011, with clear support from abroad.