Visit of Pope will help to learn about Cuban reality 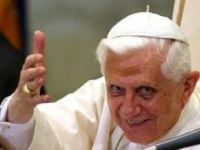 The visit to Cuba of Pope Benedict XVI will allow the world to discover the reality of a country often the target of media attacks aimed at distorting it, various personalities and religious leaders said in this capital.

Thousands of Mexicans will receive tickets to attend the Mass said by the Pope The Pope will arrive on the island on March 26th in the eastern province of Santiago de Cuba, and two days later will return from Havana to the Holy See; the visit that, despite its short duration, represents an opportunity to learn about the advances and challenges of the Caribbean nation.

Hundreds of journalists from dozens of agencies, newspapers, radio stations and television channels will cover the planet-as usual in the coming apostolic journeys and activities of the Pope and his entourage.

Besides the relevance of the visitor, his presence here will open a window to help to understand a country on which a prevaricated vision is disseminated, said Joannet Delgado, general director of the lay Buddhist organization, Soka Gakkai of Cuba, to Prensa Latina.

According to Delgado, there are millions of followers worldwide of the Catholic religion that Benedict XVI could visit and they might interest themselves in the reality of the island and knowing it better.

This is an opportunity to appreciate the existing religious diversity and harmony, because unlike what occurs in other places unfortunately, here we live in peace, noted the director of Soka Gakkai (Society for the creation of values), which groups on Cuban soil half a thousand followers of Buddhism.

For the Catholic activist, Gabriel Coderch, the presence of the Holy Father will also recognize the social vocation of the Revolution in the context of updating its economic model.

The fact that, despite the difficulties, there are no street children, not even beggars, free education remains, public health, access to culture and a harmonious social development, speaks volumes of the humanism of this process, said the general coordinator of the Group of Reflection and Solidarity, Oscar Arnulfo Romero.

Coderch said in statements to Prensa Latina that the Pope's visit will produce strengthened church-state relations in a country where there is a commitment to national unity above religious, racial or sexual diversity.

In this regard, he recalled that the Communist Party and its first secretary, Raul Castro, have championed the fight against discrimination of any kind.

In turn, the renowned writer and ethnologist, Miguel Barnet, described the visit of Benedict XVI as "a great opportunity to show the reality of the country and the Revolution."

This constitutes an act of honesty and fairness to the people and the principles of the Cuban process: solidarity, ecumenism and cultural, religious and sexual diversity, he remarked.

According to Barnet, the Pope is a person in the middle of a large information network and receives numerous opinions on Cuba, some of which may be adverse, the current outputs of neoliberalism.

Therefore, close contact is very important with the island, appreciated in this capital in dialogue with the press.