The Hague vs. African Pinochet

International Court of Justice at The Hague started hearings on the case of the "African Pinochet." This is the nickname of the former Chadian dictator Hissène Habré, given to him for the brutal suppression of the opposition protests in his country.

The reason for the process is a lawsuit filed against 70-year-old Habré by Chadian victims of his reign. According to the current government of Chad, during his reign (1982-1990) Habré was responsible for the deaths of over 40,000 people and torture of 200,000 people. 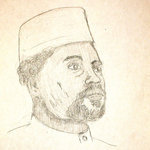 The case was initiated by Belgium. Brussels put forward special claims against Senegal where the black Pinochet has been hiding since late 1990 with his two wives and children.

Brussels pays special attention to the fact that Dakar, in spite of repeated appeals, did nothing to bring him to trial or extradition to Belgium that has issued an international warrant for the arrest and extradition of Habré in September of 2005.

In February of 2009, Brussels has already initiated proceedings against Dakar, accusing it of reneging on its obligations with respect to Habré. Belgium has filed a request in regard with this case to the International Court of Justice that was then declined. The judges took into account the guarantees of Senegal that Habré would not leave its territory before the final decision by the ICJ.

Habré is a former ally of the West in the fight against Gaddafi. After coming to power in Chad in 1982 in a coup, prepared, according to U.S. Ambassador in that country, Donald Norland, by the CIA, he immediately began asserting his authority.

Chad, as well as other artificial pseudo-colonial powers, is not a viable entity in the form it was conceived by France. Apart from the Arabs, some 200 nationalities reside here. Given that Muslims here make up just over half of the population, one third are Christians (with a slight predominance of Catholics over the Protestants) and the remaining 12.3 percent are members of local religions, including animistic, Chad is seen as a mosaic, an amorphous formation.

Departing from here, the French left a slow ticking bomb. In 1920 they brought to power a puppet administration represented by the nobility of Sara tribe, converted to Catholicism. When they left, a serious struggle for power flared up the newly-minted country. Muslims rose against the Christian government relying upon the minority of the Chadians.

As for Hissène Habré, he owes his original promotion to the French. A representative of the black people Tubu, in the 1960s he was educated in French schools, became a doctor of sociology and took very high positions even in the colonial administration.

During the rebellion against the "Christian government," Habré transitioned to the rebels, his fellow Muslims. In 1975 the former regime was overthrown. The place of the slain president Felix Mallum was taken by Tombalbaya, and Habré with some of the rebels joined his side. In August of 1978 he was granted the premiership. However, the instability in the country did not end there, and as a result of the presidential leapfrog the future dictator Habré became a Military Minister. This opened the gate to the real power.

In March of 1980 Habré raised a mutiny, but by the end of the year with the help of Gaddafi President Ueddey established full control of Chad and drove the rebels to Sudan. There he gathered his strength and at the end of 1981 began a new offensive. On June 7, 1982 he seized the capital N'Djamena and proclaimed himself president.

The United States and France that feared strengthening of Gaddafi who wanted to capture Aouzu, the "Uranium north" of Chad, provided active assistance. Still quite young Colonel did not come to terms with this defeat and in early 1983 the army of Ueddeya with the help of Libya began a counteroffensive that would have ended with a disaster for Habré if the troops from Zaire and France had not come to the rescue. As a result, in 1987 the dictator not only drove them to their original positions, but also invaded the southern parts of Libya.

Against the backdrop of these battles, Washington and Paris chose to ignore the deeds of "their son of a bitch" attempting to consolidate his power. He did it in a tough way, suppressing the entire population according to ethno-confessional principle, including representatives of Sara the French relied upon until recently. The blame for this goes to the Americans as well. According to U.S. diplomatic sources, active assistance in the preparation of the Chadian secret police DDS was provided by the CIA experts.

However, in the end, in April of 1989, a rebellion against him began, and in late 1990 the rebels have overthrown him. The French helped them, as by the time Habré, who soaked Chad in blood, became useless to either them or the Americans.

His move to Senegal, located in the orbit of the French influence, looked more like an honorable exile. Most likely, the persistence of Dakar on his extradition is due to the reluctance of well-defined forces in the West that do not want to raise to the surface the things that happened in the past.