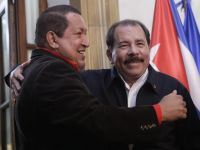 At the beginning of February 2012, the 11th summit took place in Caracas, Venezuela, with a variety of regional and international topics on its agenda, yet the focus was clearly on economic integration and progress.

All member countries agreed to deposit 1% of their foreign currency reserves in the ALBA Bank, which was founded in 2008 as Latin America's alternative and answer to the IMF. In the case of Venezuela, the deposited sum will amount to about US $300 million, President Hugo Chavez announced.

Another topic which stood at the top of the agenda was the common ALBA currency, SUCRE (Sistema Unitario de Compensacion Regional). It was created as a means of promoting Latin American financial independence and minimizing foreign exchange risks, the Uruguayan delegate Julio Baraibar pointed out. In 2011, 431 transactions in SUCRE took place, worth US $216 million. Its use will be increased in 2012.

Cuban President Raul Castro deemed the Economic Council to be the most important of ALBA's five working commissions, "because the future of ALBA will depend on its economic success," he said. Raul Castro expressed hope and optimism for ALBA's future, applauding the creation of ECOALBA (Espacio Economico de ALBA).

Nicaragua's President Daniel Ortega said that global capitalism was suffering under a severe systemic crisis, so ALBA nations must continue strengthening "Socialism of the 21st Century."

Bolivian President Evo Morales repeated his advice that basic services like water and electricity must never be privatized in any of the ALBA countries. "It should be clear and self-evident that liberating social politics will always go hand in hand with liberating economy", Morales affirmed.

Ecuador's President Rafael Correa admonished that "fair and just economic measures" should reach further than ALBA, they should also encompass UNASUR (Union de Naciones Suramericanas). "And of course it will be necessary for all of us to use one common currency, SUCRE. We must avoid the use of foreign currencies for Latin American trade and commerce," Correa said, referring to the instability of the US dollar.

Ralph GonSalves, Prime Minister of St. Vincent and the Grenadines, commented that "the only factor limiting us might be our imagination". He expressed admiration for the Venezuelan government because of giving strong positive impulses to the entire region.

Puerto Rico: A common declaration of freedom and independence for Puerto Rico was approved. It states that "the people of Puerto Rico have the unalienable right of self-determination".

Furthermore it says that Puerto Rico is a Latin American and Caribbean nation with its own proper history. The nation's full independence must be restored and respected by the international community.

Malvinas Islands: ALBA's position is that the Malvinas are Argentinian territory, stolen by the UK 180 years ago. Venezuela offered military help for Argentina, should an armed conflict break out.

Haiti: ALBA will increase humanitarian help and establish a Haiti fund to finance reconstruction projects. ALBA members will meet in Haiti in March for local inspection and further consultation with the Haitian government.

At the end of the meeting it was agreed that the 12th ALBA summit will take place in the Dominican Republic.

St. Lucia and Suriname were accepted as new honorary members, soon to receive full membership status in the Alliance.