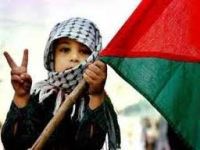 The Party of Justice and Freedom, a political body of the Muslim Brotherhood (IM) in Egypt, reaffirmed support for the Palestinian people's struggle for the restoration of their rights and the establishment of a sovereign state.

The winner of the recent Egyptian elections - the first after the population overthrew the dictatorship of Hosni Mubarak after 30 years - the party gained 46% of the seats in the new Parliament. For an organization that participated in Egyptian politics for decades, it is a remarkable fact - but not surprising.

With a network of social welfare in Muslim-majority countries, and internationally recognized work, the IM has great influence on political life in these countries.

With governments sponsored by nations like the United States, as was the case of Mubarak of Egypt, the Brotherhood was usually put out of politics, fearful of a transformation that has the approval of the population, especially the most needy, in votes. The Egyptian elections have proved that the hypothesis was correct.

The statement of support for the Palestinian cause was made by the party president, Mohamed Morse, during a visit by Khaled Meshaal, head of Hamas' political bureau, to Cairo. Meshaal greeted the election results for the party, emphasizing the role of the Egyptian population in support of the struggle of the Palestinian people since the beginning of the Israeli occupation. He thanked the Egyptian government for its efforts to end the division between the Palestinian parties and the blockade of Gaza.

Morse reiterated that the Palestinian cause "was, is and will always be in the heart of the Egyptian people and the Party for Freedom and Justice". He also noted that support for the Palestinians was one of the key points of the Egyptian revolution, saying the country's population has always rejected the attitudes of the Mubarak government in relation to Palestine, especially the lack of support for the resistance against the Zionist occupation. Morse added unequivocal support the establishment of a Palestinian state "in the occupied territories, with Jerusalem as its capital. We will also work for the right of return for Palestinian refugees," he said.

Badi'a Mohammed, leader of the Muslim Brotherhood, also expressed support for Palestine. "You have to complete the reconciliation of Palestinian parties quickly, based on principles that satisfy all parties and connects them with full force in order to confront the Israeli colonialist project," said Badi'a.

For the Zionist government, these declarations mean the end of the expectation of maintaining the peace agreement signed with Mubarak after the Six Day War (1967), and the return of the Sinai region of Egypt to the north that was occupied by Israeli military forces during the conflict. Both the government of Israel and the United States had been striving for the preservation of the agreement, signaling to the current Egyptian leaders that, as with Mubarak, it is linked with more financial and military aid.

The MI, however, already have warned that they would bring the peace agreement between Egypt and Israel to a popular referendum. Now, with the election results, and the official statements of support for Palestine and the rejection by the Egyptian population of Israel, the end of the agreement is almost certain. The Zionist country will be even more officially isolated in the Middle East, leaving their only peace pact with Jordan.

Turkey, a former partner, cut ties with Israel as a result of Israeli naval forces attacking the ship Mavi Marmara and murdering in cold blood of nine Turkish peace activists who were on the vessel (in 2010, the ship participated in the Freedom Flotilla, carrying humanitarian aid to Gaza and was violently prevented from traveling in international waters). The Turkish government has closed its diplomatic relations with Israel as the Zionist leaders refused to apologize for the attack and the murders.

Also isolated internationally, receiving criticism even from the UN Security Council and partner countries, EU leaders, the Zionists increase repression of the Palestinians through military attacks, the aggression by settlers, ultra-Orthodox nationalists and laws which enhance the apartheid regime - the most recent prohibits Palestinians married to those born in Israel to receive Israeli citizenship, which will cause the separation of hundreds of families.

For political analysts such as Qumsieh Mazin, assistant professor at the University of Bethlehem, this is a typical sign of one who knows he is losing the game. For him, the Zionist "colonialist adventure" walks quickly to its end.

A closer reading of the statements of the Egyptian leaders also indicates this. Note that Morse, Justice and Freedom Party, spoke of "all occupied territories, with Jerusalem as its capital," not in the territories occupied in 1967, with East Jerusalem as its capital, which points to a struggle against the occupation of all of historic Palestine, consolidated with the creation of Israel in 1948.

The statement by Ba'dia, leader of the Muslim Brotherhood, on the right of return of Palestinian refugees and the union of parties, "to counter the Israeli colonialist project" can be analyzed in the same light. The Arab Intifada, that the west named with the misnomer "Spring" (read spring cleaning) increasingly puts the Zionists against a wall they themselves built.