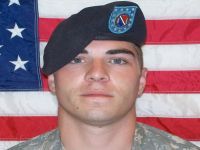 U.S. soldiers seem to have fun and be proud of barbarism committed

In March, the German magazine Der Spiegel published photographs showing abuse by U.S. soldiers in Afghanistan. In them, we see the military along with corpses, apparently civilians, as if these are trophies. Before the scandal, the U.S. military apologized for the "suffering" caused. This feat recalled the images of Iraqi prisons of Abu Ghraib, which between 2003 and 2006, showed the way some contractors and members of the Central Intelligence Agency abused prisoners while taking pictures.

The images, according to the German weekly, which U.S. authorities have attempted to keep secret, appear to show two members of an army unit that allegedly were killing Afghan civilians for fun.

In one, a soldier with a cigarette in hand raises the bloodied head of a man who appears to be dead. Another soldier is seen smiling and posing with the same man.

The army statement classified the images as "disgusting" and "contrary to norms and values ​​of the U.S. Army," by which "we apologize for the distress caused by these photos," noting that such actions are under investigation and are subject to the procedures of American military court martial.

Der Spiegel said one of the soldiers in the photos is known as Jeremy Morlock, who faces charges of premeditated murder for the deaths of three Afghans.

The other soldier, Andrew Holmes, is accused of participating in a plot to execute a man in Afghanistan in January, the magazine reported.

A plan supposedly designed by Sergeant Calvin Gibbs and Morlock, involved teasing in a civilian shooting and launching a Russian-made grenade to look like it was a fight against enemies. In November, Holmes won a temporary suspension of legal proceedings in relation to charges of murder, his lawyer says.

Morlock is one of five soldiers accused of murder in the case. Seven others are accused of trying to block the investigation, taking drugs and severely striking a companion in retaliation for informing his superiors.

Der Spiegel said that the U.S. military tried to prevent publication of the photos for fear of possible backlash against its troops in Afghanistan.

"Der Spiegel published only three of the four thousand photos and videos, only those necessary for the story we wanted to be told here," says the magazine.

The United States, with almost two-thirds of the 150,000 foreign troops to occupy Afghanistan since late 2001, has received frequent complaints for its actions against civilians.

Human rights sources in Kabul and the Afghan insurgency reported that civilians were targets for indiscriminate bombing by the forces of the North Atlantic Treaty Organization (NATO).