Excuses, as slick as oil! 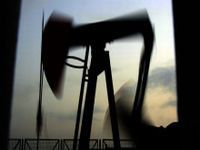 The game has begun, it really has, and there is no missing it! The events of 9/11 were a catalytic excuse to invade a sovereign nation under many reasons given out by the Bush administration to the Goebellian media, which in turn broadcast and put in print the same message from the Big Chief in very a convincing manner to the readers and the audience.

Those many reasons for the invasion that started with 'Shock and Awe' were the dangers of WMDs, a tyrant who had to be stopped since he was a danger to his own people and a danger to other people, Democracy urgently needed a shot in the arm here before it would be too late, oh of course abuse of human rights, etc.

Of course these were slick excuses, as slick as the oil that they were really after! I am talking about the imperialist power which found ready allies in ex-colonial powers who got excited by the piece of pie they would get and consume for a very long time after the invasion. An invasion that turned out to be of brutal nature that has taken away about a million lives, much more than what the 'tyrant' Sad-damn (as pronounced by the Sr.Bush) could achieve during his 'brutal' rule that gave women equal opportunities in that society, but was deemed an abuse to civilisation as understood by the west. So he had to go!

So they went to Iraq, saw and it was conquered by the evil powers. The power that withdrew their troops very recently from here, but placed them there, pretty close-by, therefore creating an eye-wash for international observers. Of course the flow of oil and the air-space of Iraq are under complete control of the imperialist US. They can come and go at any time. There is no air traffic control there any more!

Next in line stood poor Libya! The same catalytic excuses were applied here, the same Goebellian media power was well utilised to convince the gullible. Except the imperialist powers this time forgot to highlight the presence of WMDs which were not there!

The slick excuses worked again. Here the difference was that the terms 'Democracy, Human Rights, Protect Civilians' from the marauding tyrant called Gaddafi were fed into Goebellian media machine which churned out the news in a frenzied manner amongst the 'free' western media.

A 'rape' victim suddenly appeared. She most likely was a failed stage artiste who got the role of a life time. "The Gaddafi controlled soldiers raped me" she sobbed in front of the cameras, her mascara running down her cheeks. "Now I want Hilary to take me in her arms and to USA!" she continued sobbing. Of course one actress would recognise the other for her performance.

US led NATO ordered six months of incessant bombing to punish the 'rapist' regime. Bombing from 30,000 feet up to teach a lesson in democracy to the nomadic tribes of North Africa said Obama who also unleashed his unmanned drones on the hapless people who succumbed by the thousands, thanks to the 'democratic' bombs falling from 30,000 feet into their front yards, homes, hospitals, schools and water mains! Here, too, the imperialist powers came, saw and conquered.

The 'generous' UN, which turned a blind eye to the unauthorised bombing by NATO on Libya, now has lifted economic sanctions on 'humanitarian' grounds. Wah! Ban Ki Moon you are the next candidate for the Nobel Peace Prize! Lifting of sanctions would pave the way for IMF to get a red-carpet welcome from the new 'rulers'. An entity who had no role in a previously wealthy 'avatar' of Libya, now which is history according to western 'experts'

Do they know in reality that what is brewing in the shadows, something called rebellion by the loyalists who are opposed to the occupation of rats!

Recently, Hilary Clinton made her presence felt in Myanmar. Probably time had forgotten this place which was known as Burma previously, a place very beautiful by nature (remember Shangri-la?) and now it seems more beautiful because the US has recognised this place to be abundant with natural gas and oil.

And Malacca straits are right there for everyone to see. If only the US would lift the economic and other sanctions that have been in force for a very long time, others would follow suit and lo and behold, another country could be up for grabs.

No, no military invasion, but install a 'friendly' puppet government that will oblige the imperialist Americans to control Malacca straits! Once that becomes a reality, the immediate neighbouring countries of India, Thailand and China will be affected on the trade front. Lots of bulk carriers float on these waters that carry goods from many countries for trade.

Here, too, if the imperialist powers come, see and conquer, a lot of Earth's natural resources, waterways and air-space would be under their control. Perhaps this is their game plan. This time, unlike before when they used the word colonialism, they would use democracy and the spread of it in their desired areas. Pretty slick are these imperialist powers! Aren't they?