Hitler should have been dead in 1939 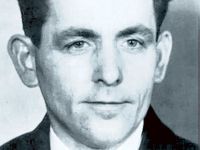 Not widely known is that just a couple of months after the beginning of the war, on the 8th of November, a homemade bomb went off in a brewery in Munich, Germany. The bomb was planted in the Munich Bürgerbräukeller. The bomb killed eight persons and wounded 62. 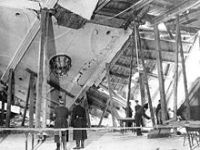 Hitler's inner voice told him to get out of here

Hitler regularly spoke before "old fighters" from the NSDAP at that location. Several leading figures of the Nazi regime had just been there, including Adolph Hitler and Joseph Goebbels. The Nazis left the facility just minutes before the bomb went off.

Hitler's speech normally ended about 10 p.m., but that day he left at 9.07 to catch a special train. The bomb exploded at 9.20, destroying half the hall.

The next day Hitler claimed that an "inner voice" had warned him in advance to get out! Had Hitler been there when the bomb exploded, he would have been killed. Thus the agonizing war was to continue...

The man who planted the bomb was (Johann) Georg Elser, a carpenter, a Communist from a working class family, born on January 4, 1903. He belonged to the "Rotfrontkaempferbund" (Red Front Fighters' Association).

From 1925 to 1929, he worked in a watch factory where he acquired the ability to build the timer for the bomb he was later to use in the assassination attempt.

In Elser's preplanning for the bombing, he managed to stay inside the site after closing each night for over a month, during which time he hollowed out the pillar behind the speaker's rostrum, and placed the bomb inside it.

After the explosion, Elser tried to escape and was arrested on the Swiss border 35 minutes later. What got Elser identified were his bruised, scraped knees. The hollow space in the column where the bomb had been hidden could only have been reached by him crawling on his knees.

He was tortured by the Gestapo and eventually confessed. Then Elser was sent to the Dachau concentration camp. His motivation for the assassination attempt: "I wanted through my act to prevent more bloodshed."

Ironically, Elser was shot on April 9, 1945, so close to the actual death of Hitler and the end of the war.

There have been streets and monuments bearing his name. Just recently, a 17-metre (56 feet) steel sculpture of Georg Elser was unveiled in the German capital, Berlin, by German playwright Rolf Hochhuth.