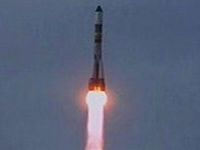 Broadcast live on Russian television, the docking maneuver took place as planned and was a great success.

The Russian cargo ship Progress M-13M, loaded with more than 2.5 tons of supplies, successfully docked on Wednesday to the International Space Station (ISS), according to the Center for Control of Space Flight (PPA) from Russia. It was broadcast live on Russian television. The docking maneuver occurred as expected.

The arrival of the freighter was essential to the ISS and its crew of three, since the platform has not been stocked since June. The Progress M-13M is the first cargo ship to arrive at the ISS since late June.

A cargo ship launched in late August in Siberia exploded shortly after launch, the first accident since 1978.

The microsatellite Chibis-M will study thunderstorms, with the peculiarity that it is the first time that this weather phenomenon will be analyzed from different electromagnetic radiation spectra in a simultaneous way.

The Soyuz freighters have become the only link between the Earth and the ISS after the end of the U.S. space shuttle program.