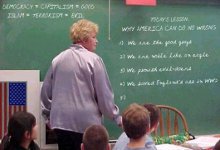 Irregular verbs are a nightmare for students, especially if they learn a foreign language. This is one of the most difficult language phenomena for Russian students who study foreign languages. Nobody likes irregular verbs. It is extremely hard for beginners to understand the nature of this phenomenon. Teachers usually have to take a lot of efforts to explain to their students that the infinitive form of the English verb to be sounds like is in Present Indefinite (are in plural), was in Past Indefinite (were in plural) and been in Present Perfect.

Students are usually shocked to see all these different forms that do not look like one another. They become even more shocked when they are told that there are nearly 300 of such verbs in the English language.

Even native speakers say that it is hard for them to memorize such complicated word forms. How did it become possible that various trends that were changing different languages for centuries did not eliminate the phenomenon of irregular verbs?

Scientists from the Oxford University in Britain made a list of all irregular verbs in 80 Romanic languages and organized them into one database. Professor Martin Maiden of Oxford's Faculty of Linguistics Philology & Phonetics and the Faculty of Medieval and Modern Languages was analyzing the nature and history of irregular verbs for four years.

Irregular verbs reflect traces of history in the structure of languages, the British researchers concluded. In the English language, for example, the verbs that conjugate differently, bear the traces of the Old English language. The language of Britain during the VI-XI centuries differed considerably from the modern forms of the English language. Back in those days, Britain was inhabited by the descendants of German conquerors, as well as by local Brits, Celts and the descendants of mixed marriages between those peoples. However, in 1066, the throne of England was taken by William the Conqueror, a descendant of the Normans, the French vikings. He started spreading the French-like Norman language among local residents. The language was a lot simpler than the Old English language. As a result, William made his native Normannic dialect the official language.

The English language became much more simplified during the next several centuries because of his interference. However, noble people were not willing to communicate with the help of the simple dialect and remained loyal to the Old English. It was them, who preserved many unusual verb forms of the era of Beowulf for us today. One can only be grateful to the Normans. If it wasn't for them, everyone would have to learn a countless number of irregular English verbs by heart.

This is how history left its traces in languages. The British researchers also found a reverse mechanism, with the help of which irregular verbs were created. "Irregularity" became so habitual that people began to apply it to other verbs too. Those who studied a European language may remember whole groups of irregular verbs that conjugate in much the same way. For example, in different forms of the French verb mourir (to die), ou is replaced with eu: je meurs - "I am dying", but nous mourons - "we are dying". This form of conjugation seems to be illogical, but it got settled in the language and was then used with other verbs. It happened so with the verb aller (to go): "I am going" - je vais, but "we are going" - nous allons.

It is worthy of note that in the Russian language this linguistic phenomenon of foreign languages is known as "incorrect verbs." In the German language, such verbs are known as "strong."