The U.S. government funded the creation of wireless networks to facilitate secret communications for opposition groups to avoid the control of authorities in nations such as Iran, Syria and Libya. 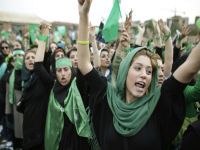 According to The New York Times, the State Department and the Pentagon spent about $50 million to also create an independent network of mobile telephones in Afghanistan, using support towers of military bases in the territory.

Washington - the newspaper informs - now runs a project entitled, "Internet in a suitcase," by which equipment covertly enters into the country and then is used in a wireless communication system with global connections to the network in accordance with their interests.

Secretary of State, Hillary Clinton. is a proponent of the initiative, the newspaper reports.

In a speech at George Washington University last February, Clinton said the White House will continue to help "people who are in an oppressive environment in relation to the internet" with technology to circumvent the censorship.

Then she added that the protests in Egypt and Iran, fed through Facebook, Twitter and YouTube, reflect the power of the "technologies of connection as an accelerator of political, social and economic change."

Although geographically distant, in December 2009, Alan Gross, a U.S. citizen employed by the company Development Alternative Inc., (DAI), the Agency contracted for International Development, was arrested in Cuba.

Gross, with experience working in countries like Afghanistan, attempted to introduce into the Caribbean nation transmission equipment designed to create network connections via satellite outside of government control, an action similar to that reported by the Times now.

In March, this agent was sentenced to 15 years in prison in Havana for criminal acts against the independence and territorial integrity of the Cuban State.