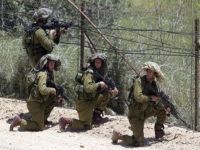 Israeli soldiers opened fire on pro-Palestinian demonstrators in Syria on Sunday morning while the group tried to cross the border between Syria and the Golan Heights, territory occupied by Israel. Witnesses said several people were injured, and Syrian state television initially said four people were killed. The attempt was part of a demonstration marking 44 years since the 1967 Six Day War when Israel occupied the Golan Heights belonging to Syria, the Palestinian territories - West Bank, Gaza and East Jerusalem - and the Sinai peninsula belonging to Egypt.

The Israeli government tried to prevent a similar protest in May in which hundreds of people managed to cross the border. According to Israel State Radio, Israeli soldiers who are in the region of the village of Majd El Shams, Golan Heights, near the border with Syria, used loudspeakers to warn the demonstrators coming from the direction of Syria, that they will "shoot anyone trying to breach the border."

According to reporters at the site, despite warnings from the soldiers, hundreds of people rushed toward the fence. The troops opened fire and the number of dead and wounded is increasing. According to Syrian television, one of the victims is a boy 12 years old. 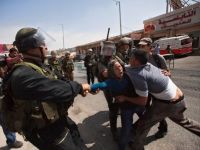 Latest reports say 23 persons were murdered and 277 wounded. The numbers are increasing as those wounded are dying.

On the Day Naksa, hours earlier, Israeli Prime Minister Binyamin Netanyahu said that "the violation of Israeli sovereignty will not be tolerated and that the troops are resolved and instructed to firmly prevent breakage or disruption of the fence."

The Syrian and Palestinian demonstrations near the Israeli border are among the acts to mark the day of Naksa, which in Arabic means setback, referring to the war known as the Six Day War, which began on June 5, 1967. In a statement to the press, the chief Palestinian negotiator, Saeb Erekat, urged the international community to "take the necessary steps to put an end to Israeli occupation." 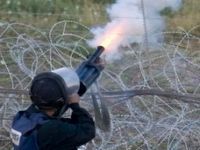 Erekat also called for the recognition of a Palestinian state within the 1967 borders and support for the admission of Palestine as a Member of the UN. The day of Naksa - which besides setback, also means defeat, humiliation - is remembered this Sunday with demonstrations by Palestinians in the West Bank and Gaza Strip and Palestinian refugees in camps in Lebanon and Syria. At the Kalandia checkpoint, the main border between Israel and the West Bank, thousands of Palestinians began to get organized for a big demonstration.

Israeli troops in Kalandia were instructed to prevent any attempt by Palestinian protesters to break through the barrier and try to go on to Jerusalem. Thousands of people also attended a rally organized by Hamas in the village of Beit Hanoun in northern Gaza. At the Erez checkpoint, at the entrance to the Gaza Strip, Israeli troops were also instructed to contain possible attempts by Palestinian demonstrators to cross.

Perhaps someone should get a stick and teach the Israelis the meaning of the word "sovereignty." Additionally: 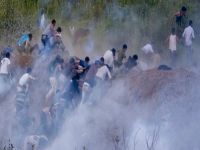 UN Charter art. 51. The right to resist finds application within the framework of the right of legitimate defense because "a state which forcibly subjugates a people to colonial or alien domination is committing an unlawful act as defined by international law, and the subject people, in the exercise of its inherent right of self-defense, may fight to defend and attain its right to self-determination."

Photo 1:  shoot to kill like ducks in a row

Photo 2:  Israeli soldier tries to yank a woman's arm out of the socket