The death of Titanic and the curse of pharaohs

On May 31, 1911, the legendary Titanic was launched. "God Himself could not sink this ship!" spoke of his vessel Captain Edward John Smith. He was fatally wrong, and one year later the liner sank after a collision with an iceberg. Even today there are plenty of theories surrounding the loss of the Titanic, including mystical ones. 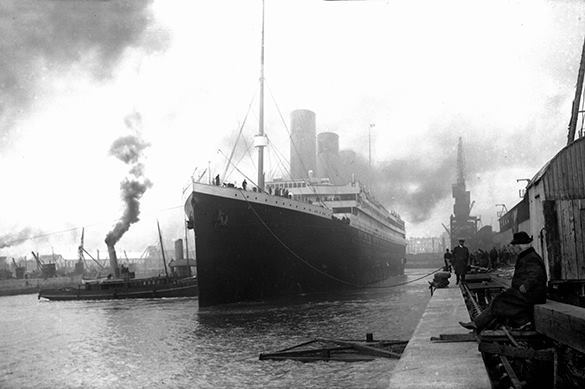 In 1898, "Futility" novel was published by Morgan Robertson, telling about the death of a fictional ship "Titan". In April of 1912, after the tragic death of the Titanic, many striking coincidences with the plot of this book were found. Besides the obvious similarity of the names, both ships were considered unsinkable, both collided with an iceberg, and even certain individual parameters (size, speed, displacement) of the two ships were nearly or completely identical.

Meanwhile, in March of 1912, passengers who bought tickets ahead of time on the first voyage of the Titanic began to receive letters warning them about the dangers of water travel. Later it became known that the author of letters was a famous psychic. Yet, only his clients heeded the warning and refused to go with the ship, while others simply did not pay attention to the letters.

A few hours before the sailing as many as 55 people refused to travel for various reasons. 16 people from among the survivors later told that on the eve of the tragedy they saw the tragedy in their dreams.

English lady Blanche Marshall and her husband in 1912 went on honeymoon on the Isle of Wight. When "Titanic" sailed past the island, the couple decided to go look at it. As soon as the ship appeared in the distance, Blanche suddenly exclaimed: "It won't get to America, it will sink! I had a vision. Hundreds of people will fall into the icy water, do not let them die!" The young woman was thought to be crazy.

One of the "mystical" versions of the crash is associated with the legendary "Curse of the Pharaoh." The ill-fated ship was carrying the mummy of an ancient Egyptian priestess that belonged to Lord Centerville who was shipping it to New York. To avoid the damage, the box with the exhibit was placed on the captain's bridge. At the head of the mummy there was a statue of Osiris, the Egyptian god of death, with the words inscribed on it: "Rise from the ashes, and let your eyes strike those who stands in your way."

Another hypothesis fundamentally changing the story of the disaster belongs to the researchers Robin Gardiner and Dan van der Vat. They believe that it was not Titanic that sank, but another ship, Olympic. Both ships were built almost simultaneously in the same shipyards. Since day one the Olympic was haunted by failures. On October 20, 1910, as soon as the ship was launched, it ran into a dam. The owner of the vessel Bruce Ismay and the owner of the shipyards "Harland and Wolf" Lord Pirrie had to pay a significant amount for the repairs and reparation.

Since the "Olympic" got into accidents more than once, it has earned a reputation of the "cursed." Insurance companies refused to insure the vessel. Then Ismay and Pirrie decided to let it for a voyage in the Atlantic under the name "Titanic." Of course, the insurance company would not suspect anything, and if the ship wrecked, as much as 52 million pounds sterling would settle in the pockets of its owners.

It seemed that their plan was simply brilliant. Ismay and Pirrie took care of the safety of the passengers and crew of the "cursed" ship, deciding to send another vessel after the imaginary "Titanic", which would happen to be at the crash site "by accident" and pick up the victims of the accident. In order not to arouse suspicion, the "rescue" ship was to sail from the marina a week after the pseudo-"Titanic" goes to sea. The ship owners have miscalculated and the catastrophe happened three days after the launch.

As for the real Titanic, Gardiner and van der Vat believe that for more than 20 years it successfully sailed under a different name at first in the Royal Navy, then with the fleet of White Star Line and was put ashore in 1935.

What was the reason for one of the biggest disasters of the twentieth century - a mystical curse, someone's ill will or a coincidence? The theories are countless.