Israel: a manifesto for peace 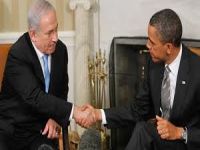 Dozens of prominent personalities advocate and support the 1967 borders and state, "to recognize the Palestinian state is vital for Israel's independence." The Manifesto has been signed by recognized intellectual figures, associations, diplomats and even Israeli military revealing something sometimes hidden in traditional media. A significant portion of the population of Israel wants peace with the Palestinians and is willing to fight for it. Sectors of the Israeli community began to mobilize around the world, to separate themselves from attitudes like that of Prime Minister Benjamin Netanyahu.

Behind arrogance is often weakness. On Friday (20 / 5), the Israeli head of state, Benyamin Netanyahu, gruffly dismissed a proposal made by his U.S. counterpart. In a long awaited speech on the relations between the U.S. and the Middle East, Barack Obama touched on a key point to relieve the tensions that mark the region.

He suggested that Israel recognize the Palestinian state and return to the borders that prevailed until the 1967 war - the same accepted by dozens of countries. A day later, both met at the White House. After the meeting, at a news conference, face to face with Obama, Netanyahu said, these are the "frontiers of illusion."

In a document published on the same day, the New York Times revealed: the views expressed with pride by the prime minister are increasingly weak in the world - and also in Israel. Dozens of figures - known intellectuals in the media, associations, diplomats and even Israeli military - have endorsed the undersigned to express a position very similar to that of Obama.

The document reveals something sometimes hidden in traditional media. A significant portion of the population of Israel wants peace with the Palestinians and is willing to fight for it. This stance still has little institutional expression - due to the very peculiar characteristics of the political system. But it manifests itself in a growing set of citizen initiatives.

Articulated by the U.S. NGO JStreet, the manifesto published in The New York Times unleashed a process that could be remarkable in the coming months. Israeli sectors of the community began to mobilize around the world, to separate themselves from attitudes like Mr. Netanyahu, and clearly state their support for a just peace.

Following is the manifesto, signed, among others, by some 40 intellectuals and award winning writers, including 27 awarded the Israel Prize, more than twenty high ranking military officers, including 18 generals of the Reserve, five former ambassadors, consuls-general and directors of the Ministry of Foreign Affairs and more than five ex-rectors and deans of universities. The translation is by Cauê Ameni and the document, with its original form and list of signatories, can be found at J Street.

"We, citizens of Israel, we speak to the public to support the recognition of a democratic Palestinian state as a condition for ending the conflict and to reach an agreement on borders, based on that of 1967. To recognize the Palestinian state is vital to Israel's existence. It's the only way of guaranteeing the resolution of the conflict through negotiations, to prevent the eruption of another wave of mass violence and the international isolation of Israel.

The successful implementation of the agreements requires two leaders, Israeli and Palestinian, who recognize one another, opt for peace and commit themselves fully to it. This is the only policy that places fate and Israeli security into their own hands. Any other political attitude contradicts the promise of Zionism and the welfare and good of the Jewish people.

We, the undersigned, call all people who care about peace and freedom, and call all the nations, to join us in greeting the Palestinian Declaration of Independence and support the efforts of citizens of both states to maintain peaceful relations, based on secure borders and good neighborliness. The end of the occupation is a fundamental condition for the release of the two peoples, the realization of the Declaration of Independence of Israel and a future of peaceful coexistence. "