Sentence was reversed to community service. In 2006, they flew the jet that collided with the Gol plane and 154 people died 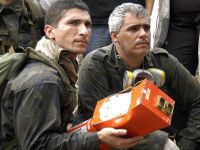 The American pilots Joseph Lepore and Jan Paul Paladino, who piloted the Legacy jet that collided with a Gol plane and caused the crash that killed 154 people in 2006 were sentenced Monday to four years and four months in prison under a semi-open regime (where the defendant spends the day out and just sleeps in the prison unit).

However, the judge decided to overturn the sentence in favor of community service in the U.S. A Brazilian division is yet to be defined. The decision was given by Federal Judge Murilo Mendes, of the Federal Court in Sinop (MT).

In sentencing, Mendes says that the benefit of reversing the penalty is justified because "the defendants are not repeat offenders, there's no news that they have failed seriously on subsequent trips, they have much time in piloting professional aircraft, and there is nothing that discredits their social conduct."

The magistrate also ordered that Lepore and Paladino lose the right to exercise the profession. The seizure of their pilot licenses should only occur after all resources are judged. Until then, Paladino - who works at American Airlines - and Lepore - who flies for the air taxi company ExcelAire, owner of Legacy - will continue to work as pilots. Both testified to the Brazilian judge by video conference system at the Department of Assets Recovery and International Legal Cooperation (DRCI) of the Ministry of Justice.

The judge pointed out that the decision was supported by means of evaluating skills, the pilots left the anti-collision equipment off for an hour. They only restarted it after the Legacy had collided with the Gol plane. In their statements, Lepore and Paladino have denied this, and attributed the problem to failure of communication with flight controllers - who are also prosecuted, but in other actions.

The reaction of families 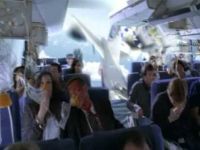 The accident occurred on September 29, 2006, in the airspace of Mato Grosso. The Gol plane, flight 1907, was en route between Manaus and Brasilia. The jet was coming in the opposite direction. The wreckage of the Gol airplane was found a day after the tragedy, in an area of ​​rainforest in Serra do Cachimbo, located in the northern state.

The ruling angered the Association of Relatives of Victims of Flight 1907. The president of the Association, Angelita de Marchi, said everyone is disappointed and upset and will meet with their attorneys to decide what actions can be taken. The goal is to get a harsher punishment for the pilots.

In sentencing, the magistrate said he is moved by the pain of victims' families, and cites a passage from the song "Of more, no one," Arnaldo Antunes, to show his feelings:

"I do not feel comfortable to make further considerations about the pain of the families - on this subject I just want to say that I have the utmost respect for the feelings of all who understand what that could mean, and that it was with great sorrow that I followed the facts of the accident . The pain is mine alone, not anyone else's (Arnaldo Antunes)."

The lawyers representing the pilots came in contact with the report in Brazil, but calls were not answered.