The British Royal Family in context 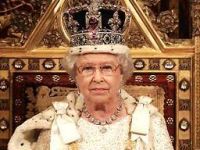 The Royal Wedding between Prince William and Kate Middleton was seen live by some 2 billion people, across the globe. One third of humanity from California to Canberra attended this event, putting London on centre stage for around one third of humanity - the power of the British royal family, the magnet which keeps the United Kingdom together.

In the two weeks since April 29, I have received numerous e-mails from people across the globe asking questions about the meaning of the British Royal Family, so many questions in fact that I decided to answer them in an article.

The questions ranged from asking whether the British people really like the Royal Family, to affirmations that William will be the next king, from asking why the Queen does not resign now and hand the Monarchy over to her grandson to comments deriding the Royal Institution as ludicrous.

In answer to all these questions, I would begin by saying that I do not live in the United Kingdom however I maintain a close contact with this country. Secondly, and more importantly, one has to take a reality in the context into which it is inserted. It would be as ridiculous to label the Roman Armed Forces "primitive" when compared to today's military forces as it would demonstrate a high degree of ignorance, given that even then, the Roman Armed Forces had a cavalry, infantry, navy and artillery.

Taking the British Royal Family in its context, it is far from ludicrous and the notion that it is centred around some stuck-up old lady living in palaces and sucking her country dry while she feasts and wastes her taxpayers' money could not be more wrong.

The Queen (Elizabeth II of England, Wales and Northern Ireland, Elizabeth I of Scotland) is the Head of State of 16 Commonwealth realms, figurehead of the Commonwealth of Nations (54 states), is Supreme Governor of the Church of England and from a young age was trained for her job: at the age of two, Winston Churchill described her character as "astonishing".

Quite apart from her constitutional and institutional responsibilities, the Queen is patron of over 600 charities, while the other members of the Royal family sponsor thousands of other causes, charities and institutions. However the fundamental role of the British Monarchy, so ably and excellently represented by Queen Elizabeth II, is to serve as a figurehead around whom the United Kingdom can come together. 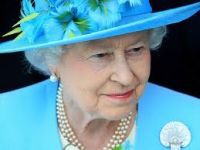 Few people realise that the origin of names of English counties such as Wessex, Essex, Middlesex and Sussex is "West Saxons", "East Saxons", "Middle Saxons" and "South Saxons"; East Anglia derives from Ost Angelnen, the Eastern Kingdom of the Angles, Northumbria from Nord Angelnen (North Angle Kingdom) and Mercia from Mittlere Angelnen (Middle Angle Kingdom). There were other Kingdoms: Bernicia, Deira, Hwicce, Isle of Wight, Lindsey, Magonsaete, Kent, Surrey, York. Add to these the Principate of Wales, and the countries Scotland and Northern Ireland. Now also the British Crown Dependencies the Isle of Man and the Channel Isles, the Bailiwicks of Jersey and Guernsey (none of which are part of the United Kingdom, which is Northern Ireland and Great Britain, composed of England, Scotland and Wales) and there is a perfect scenario for a disintegration into a myriad of micro-states.

The Monarch is above and beyond this historical, ethnic, cultural, linguistic and geo-political panorama and the pageantry which surrounds the Crown is precisely the unifying force among these peoples and customs and lores, the variety of which is less apparent today but whose flames could easily be fanned into independence movements and a segregation of the State.

The Royal Family is not English, or Scottish, or Welsh, or Irish. It is British. Since the very beginning, after the Roman legions left in 410 AD, the Kings of British Kingdoms were careful to trace their lineage back to the former ruling clans and in fact, the lineage of the Royal Family goes back far beyond William the Conqueror (William I of England and Duke of Normandy) who invaded England in 1066. 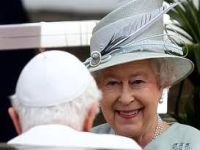 Queen Elizabeth II therefore represents far more than a simple figurehead of the Commonwealth, Head of State of various nations and Supreme Governor of the Church of England. She represents the lineage of thousands of years of history and culture, being the incarnation of Britishness, a focal point around which the peoples of her lands can come together and in a wider context, providing a bridge between the nations which formed from the British Colonies overseas.

Queen Elizabeth II was ably prepared for her role and has performed it to perfection. However, behind the Monarchy is a tremendously professional machine which prepares the succession and the continuation of this historical and cultural bridge among generations and across the geo-political sphere where it is shared. The one who will come after Queen Elizabeth II will be her eldest son, the Prince of Wales, Prince Charles who will be King Charles III (unless he is incapacitated in some way), whereupon his son Prince William will become Prince of Wales and prepared to become King William V.

It is not a question of people picking and choosing who their Monarch is. The Monarchy is an institution that earns its right to perpetuate itself yet it has an order of succession which has been respected for thousands of years.

At the Royal Wedding of Prince William and Kate Middleton on April 29, the three generations of the Royal family were represented - Prince Philip in his ninetieth year, the Queen, 85, both providing an excellent example for senior citizens; Prince Charles and Camilla, Duchess of Cornwall, representing not only the middle-aged group but also that which Prince Charles represents - biological agriculture, a Green approach, respect for national heritage and architectural harmony, and their union the embodiment of a love story, a destiny which was meant to be - Camilla was the love of his life and he was the love of hers. Those who try to gain capital by invoking Diana, deceased mother of Princes William and Harry, do nothing more than interfere in a private area which has nothing to do with them. The marriage did not work out, like so many others. Charles and Diana separated, end of story. And for those who try to ridicule Prince Charles, he has always had the courage to stand up for his convictions even before these became part of the accepted norms, such as his pro-environment and Green positions.

Lastly, Princes William and Harry, whose good-natured bonhomie and complicity was as remarkable at the Wedding as was the very human nervousness of Prince Harry and his comment to his elder brother when his bride entered the church, two perfect examples for Britain's youth to model themselves on.

True, as the ethnic composition of the Commonwealth changes, so will the support base for the Royal Family in countries like Australia (where if you are born to Vietnamese immigrants, the tie makes less sense) and as the ethnic composition of Britain changes, there will be less support for the Royal Family from, say, the children of Bangladeshi or Pakistani immigrants...yet, what is the alternative?

Finally, around two million people came to London to witness the Royal Wedding. If each one of them spent 100 pounds, that would represent an income of 200 million for the capital city, whereas the wedding cost around 25 million. The Royal Family brings in millions of pounds in income to the UK, at a total cost to the British taxpayer of around 62 pence per year. The Civil List (the money the Government pays the Monarch) is fixed at 7.9 million GBP, which covers less than half the cost of the royal engagements.

Therefore, the Queen does not sponge off the State, she contributes far more to the Treasury than anyone else. And again, what is the alternative? There isn't one, in the context of the British Isles.