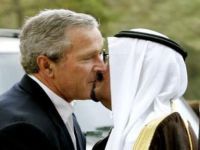 Western intervention in Libya has highlighted the relationships between the major centers of power. First, we must say they are deeply divided.

The neoconservative columnist for the Financial Times, Christopher Caldwell, exaggerates slightly when he notes the supposed triumph of the Security Council of the United Nations vote on action in Libya, "The five countries that abstained (Russia, Brazil, China , India and Germany) compose a group of almost 3 billion people and are the core of the future global economy."

The abstention of Germany is but one example of the many crises through which the EU has long been stalled due to internal divisions within it.

According to the statement made by another Financial Times columnist, "politicians and their advisers at the Annual Forum of the German Marshall Foundation in Brussels noted that it was one thing that Germany did the assessment of military interventions in the Arab world [... ] but were found placed next to Moscow and Beijing when the UN went outside these limits."

Meanwhile, France and Britain have led Western intervention in the Mediterranean country, with the United States playing a more cautious role, although the Pentagon is doing most of the heavy duty military action.

The key point is probably the following: "There will be times when our security is not directly affected, but our values ​​and interests are. In these cases, we should not be afraid to act, but the weight of the action should not be exclusive to the United States."

The speech won praise from neoconservatives associated with the administration of George W. Bush. William Kristol wrote: "The president did not apologize, the program for freedom covers and does not avoid the use of force."

Less like Kristol was Obama's insistence, he "reserves the right to use our armed forces quickly, effectively and unilaterally, and to act with other states when possible."

The case of the intervention in Libya is significant, the United States is in the back of the line in air support, leaving to Britain and France the weight of the operation.

Obama wants to preserve the military power of the United States. According to the Washington Post, he had a confrontation with the U.S. commander in Afghanistan, General David Petraeus, because the president wants "a significant reduction" of U.S. troops in Afghanistan that will begin in July.

But that does not mean that Obama is planning for the Empire to take a step backwards. One of the benefits of the intervention in Libya is to associate the U.S. with the Arab riots. This differentiates Obama from the activities of Saudi Arabia and other Gulf countries that are stepping in to crush the revolutionary movement in Bahrain.

The historian Immanuel Wallerstein has argued that the Saudis have operated so that the U.S. is involved in the aggression against Libya. This is "a big distraction from what they see is more urgent. What they are doing is nothing more than an offensive against the Arab riots, first in Saudi Arabia itself, then in the Gulf countries and finally throughout the Arab world."

The Saudis may want a distraction, but they are not directly involved with the intervention in Libya. Otherwise, they would have sent a delegation to the conference about Libya in London last week.

There is an intriguing speech that Obama made the same day that Hosni Mubarak fell:

"I am confident that the ingenuity and entrepreneurship young Egyptians have shown in recent days can be exploited to create new opportunities, jobs and businesses in order to develop the extraordinary potential of the generation that begins to take flight."

In other words, Obama wants to use the Arab riots to direct the Middle East to the neoliberal line. He is trying to rebuild the foundations of U.S. imperial power in the region in an apparently more "democratic way." Therefore, the neocons were right to praise him.