Skull, considered the oldest of the human family ever discovered, was found in Africa 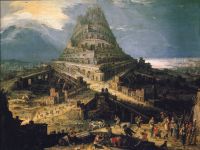 The African continent seems to be the same cradle of basically everything about the human species, including the spoken language. An analysis of the sounds used in human communication made by the researcher, Quentin Atkinson, University of Auckland, New Zealand, indicates that it was born only once, in Africa.

The work was based in 504 different languages, and showed that there is a greater variety of phonemes in African languages ​​and less in the speech of the peoples of South America and the Pacific. "I knew that one of the evidences supporting the origin of modern man in Africa is the decreasing genetic diversity with increasing distance from Africa," explained Atkinson to iG.

According to him, it fits into the so-called "model of the founder effect," in which populations that expand into new territories go through bottleneck periods - times of reducing the size of the population - during which there is a loss of diversity.

"This theory predicts that diversity should be higher closer to the point of origin of the expansion," continued the researcher. He adds: "I knew that languages have fewer phonemes (they use fewer sounds) in small populations, and I thought it would be interesting to see if there was a linguistic founder effect, and where the origin of language would be placed."

Reducing the number of phonemes cannot be explained, according to Atkinson, by other factors such as demographic change, and is strong evidence that the origin of all human languages ​​took place in modern Africa. Published in the journal Science on Thursday, the 14th, the result surprised the researcher, who hoped that the distribution of phonemes around the world was random.

"Instead, there are these clear regional differences [...] and they lead to an origin in Africa, as we see with genes," he affirmed.

"I like the idea that all languages ​​have the same origin," he said. "From the point of view that language is a mark of cultural identity, this means that, like our genetic inheritance, it comes from Africa."