The curse of American presidents

It is hard to say who was the first one to pay attention to the enigma of the untimely death of American presidents elected in years divisible by 20. This phenomenon is now the subject of numerous studies of specialists in magic and numerology. They are still concerned whether this is a coincidence or regularity. 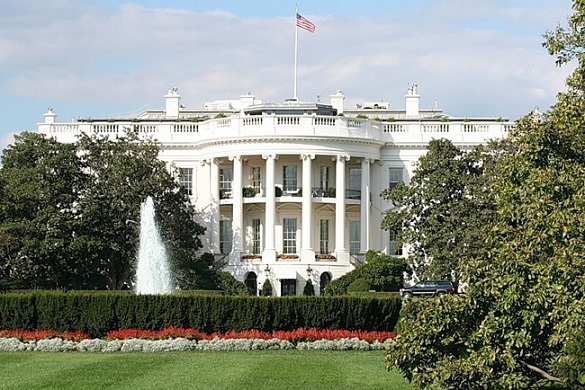 In 1840 William Henry Harrison was elected the U.S. president. He died before the end of his term in office. In 1860 Abraham Lincoln became president, and was later assassinated. Heads of the White House elected in 1880 (James A. Garfield), 1900 (William McKinley) and 1920 (Warren G. Harding), also died for various reasons before the end of their terms.

Publication of this phenomenon in the American press saw light only in 1923 (year of death of Harding). In 1927, the "Presidential series" appeared in one of the books on numerology, but on the eve of the elections in 1940 a long article on the topic was published in a numerological journal. Furthermore, it was noticed that there is a "sequence of the fourth president: from Harrison, every fourth U.S. president, too, died before the end of his term in office. These were: Zachary Taylor, elected in 1848 (4th after Harrison), Lincoln (4th after Taylor), Garfield (4th after Lincoln) and McKinley (4th after Garfield). The length of their terms did not matter. Numerology experts have warned that this sequence may continue.

Where did the mysterious spell come from? An astrologer said that the planet Saturn whose location in the sky every 20 years has an ominous effect on the course of events was to blame. Yet, it is unclear why this sinister influence extends only to U.S. presidents.

The legend of an Indian curse seems to be more realistic. Harrison, being the governor of Indiana, has entered into a struggle with the chief Tecumseh, who sought to unite the tribes of Indians. Harrison managed to win the lands of Indiana from Tecumseh.

﻿In 1813, Tecumseh was shot during a battle with the U.S. military. It is not known whether he cursed his ferocious enemy Harrison. However, he had a twin brother Tenskvatava nicknamed the Prophet. Countrymen considered him a skilled magician and sorcerer. After the collapse of the Prophet his brother moved to the other side of the Mississippi, where he lived with an Indian tribe until his death in 1834. According to some evidence, he cursed Harrison and the American colonists a number of times.

We can assume that Harrison was the first in a series of those ill-fated, and that he brought the curse of the Indian sorcerer on his successors. Incidentally, many years later, an Indian prophet Vadziob and his friends conducted a special ceremony that aimed to expel the whites from the conquered western territory. 20 years later this ritual was repeated by another prophet - Vovoka. This happened exactly 80 years after Harrison has received Tecumseh's ultimatum to join battle with the Indians. Do these mystical action look like the resumption of the curse of the long-dead brother, an Indian chief, placed on the "white leaders"? After all, Indian magic is one of the strongest and most dangerous in the world.

Along with Roosevelt in 1940, 40-year old Wendell Willkie ran in the election. He was not afraid of the terrible double prophecy he was aware of. He scored quite a large number of votes, but still lost to Roosevelt. Despite this, Willkie died before the end of the term of his competitor. Is it a coincidence?

Perhaps if Roosevelt had resigned in 1944, the "twenty-year curse" and "sequence of the 4th president" would lose its force. But he decided to run for the fourth term. The fate continued to hover over the White House and U.S. presidents. Elected in 1960, John F. Kennedy fell from the hands of assassins.

Did the sinister series ended with John F. Kennedy's death? Apparently, after his violent death the curse has lost its power.