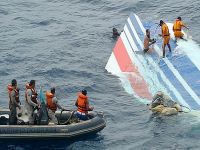 A French court has just formally indicted the French airline Air France for manslaughter in the case of the crash of Flight 447 with an Airbus 330, which on May 31, 2009 was en route to Rio de Janeiro from Paris and crashed in international waters in the Atlantic Ocean. The French airbus had just passed over northeastern Brazil. The crash killed all 228 people who were on board.

The European aircraft manufacturer Airbus has also been indicted for the crime of manslaughter. The act of indicting means to formalise the complaint. Air France, represented by its director general, Pierre Henri Gourjon, was indicted as a legally responsible entity by Judge Sylvie Zimmerman.

The president of Airbus confirmed the indictment, but said: "We deplore the decision strongly, we consider it premature."

The two indictments (Air France and Airbus) are the first in the process, conditional on the eventual location of the black boxes of the Airbus A330 that crashed into the Atlantic Ocean off the coast of Brazil. Experts will begin a fourth phase of the search in an area of 10 thousand square kilometers that has not been explored so far to try to find the black boxes of the aircraft which are on the ocean floor.

In 2009, relatives of victims - including 72 French and 59 Brazilians - filed a lawsuit in French courts to demand an investigation of the accident. The black box is crucial to define, with absolute safety, the causes of the accident.