Arab League does a Neville Chamberlain

The imperialist squeeze and encirclement of Libya 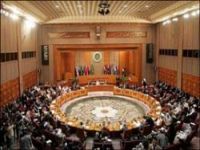 Under U.S. leadership, the capitalist powers intensify their pressures and manoeuvres to take action against the Libyan government of Muammar Gaddafi, who until recently was considered an ally of the so-called West. An endorsement for the establishment of a no-fly zone in the country this Saturday (12) by the Arab League is a step in that direction.

The pretext, heralded by the media, is to defend human rights and democracy, but the truth is different: it is for the imperialist control of the region, with its rich reserves of oil, as well as the containment and diversion of the revolutionary wave that shakes the Middle East and North Africa.

The U.S. president, Barack Obama said on Friday (11) that the United States and its allies are slowly "tightening the noose" around the Libyan leader Muammar Qaddafi, and that a no-fly zone is still an option to pressure him to relinquish power.

In turn, the Arab League (AL), that had taken a stance against foreign intervention, called on Saturday for the UN Security Council to impose a no fly zone on Libya, according to an Egyptian state television report, a decision that signals NGO support to the imperialist plans outlined by Obama.

Arab leaders allege that the no-fly zone does not characterise intervention, but in fact they acted under strong pressure from the United States and the European Union. The endorsement of the AL for the proposal is essential for the West to give the misleading, deceitful appearance that the imperialists are acting in defense of democracy and the Arab people. The no-fly zone is the first step of an intervention that tends to be followed by imperialist occupation of a country with unpredictable consequences.

Understandably, the empire thanked the leaders of the AL for their support. "We welcome this important step of the Arab League, which strengthens the international pressure on Gaddafi and support for the Libyan people," the White House said in a statement.

State television also said the Arab League decided to open communication channels with a rebel council in Benghazi, Libya. The League contends the council represents the Libyan people, according to the channel. Official sources said the League's entity was already in contact with the rebels to analyse the situation in Libya.

Libya announced on Friday (11) the suspension of diplomatic relations with France, the first Western country to officially recognise the rebel council that fights to take power from Muammar Gaddafi. The Libyan government also warned it would resist with all weapons for an eventual imperialist invasion and it will respond fully if the no-fly zone is established.

It is very unlikely that the U.S. will seek endorsement from the UN Security Council to intervene, where Russia and China, who have veto power, have announced disagreement with the proposal of the empire. The Arab Union also made a strong statement on Friday against "any foreign military intervention in Libya," and called on the government and rebels creating the belligerence for dialogue to reach an agreement. But none of this seems enough to stop Washington, which seeks to involve NATO and, if possible, the United Nations in a new and dangerous military adventure in the Middle East.