It will take Russia ages to root out psychology of serfdom 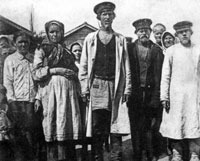 On March 3, Russia celebrated a symbolic date. Exactly 150 years ago, Czar Alexander the Second signed the famous manifesto abolishing serfdom for millions of Russian peasants. While such a significant milestone for Russian history is not a public holiday, this time the anniversary of the "Freedom Day" is widely celebrated.

In general, it is understandable. After all, the peasant reform of 1861 initiated from the topwas of immense historical significance for Russia. On the one hand, it opened up a new economic outlook for the underdeveloped feudal country, giving the way to modernization. On the other hand, and perhaps most importantly, the reform laid the preconditions for the creation of a civil society in Russia.

Another question is how the freed people were able to take advantage of the freedom that fell on their heads. For example, the famous Russian writer and social activist Vladimir Korolenko, analyzing the impact of the serfdom on the minds of the people in the late 19th century, wrote that the peasants (and this was 80 percent of the population of the country) could not get rid of their slave mentality for half a century after the reform.

Many historians call Stalinist collectivization that has driven millions of peasants into collective farms and state farms "the return of serfdom." One must admit that there is some truth to that. Since the late 1920's through 1974 farmers were denied the right to have a passport and therefore could not freely move around the country. How is it different from serfdom? Of course, as a result of the massive influx of people to cities and urbanization, the rural population in the USSR, and later Russia, has significantly decreased. However, this is not that important.

The society of ex-serfs and those who have never actually had the experience of ownership of private property and the experience of free labor was not able to instantly become a society of free people, or, to be exact, a civil society. Therefore, some characteristics instilled by serfdomstill persist in the minds of the Russian people. This is the lack of respect for the individuals (especially for themselves) and private property, this is disrespect for the law and, consequently, paternalism and the fear of all forms of power.

It is remarkable that in the minds of Russian people the "recurrence" of serfdom still has not been overcome and that Russian mind is still that of the serfs, as they say at the top."The abolition of serfdom in Russia is an event that cannot be hushed up, the event that you want to address again and again. The 150-year anniversary provides an opportunity for us to talk about this again,' said Yuri Shuvalov, a member of United Russia, on the eve of the" holiday."

President Dmitry Medvedev has to remind people of the fact that freedom is better than its absence from time to time. "We cannot postpone the freedom until later, and should not be afraid of a free person who decided to use this freedom in an unconventional way. This is the path to a dead end," noted the President speaking at the scientific-practical conference "The great reform and modernization of Russia".

Well-known historians, journalists and public figures have been arguing about the strength of the Russian heritage of serfdom mentality and the time it will take to "squeeze" the slave out of the Russians. For example, a well-known historian, Professor Alexander Chubarian, disagrees with the assertion that Russian consciousness remains largely the consciousness of serfs. According to him, as a result of the last 20 years we have seen the emancipation of the people. "People have abandoned the stereotypes, the worst one the older generation remembers is self-censorship, we do not have it any longer. Now the problem of self-realization is in the hands of an individual," says the academician. "We now have a transitional period, and we cannot talk about any analogies [with serfdom]."

In turn, the president of the Faculty of Journalism Yasen Zasursky noted that the free consciousness was developing very slowly. "Of course, the serfdom made a serious imprint on our consciousness. Yet, since then so many events have happened that have significantly changed the mentality of our people, including shocking events, so many changes that have affected our population, "the expert said to Pravda.ru. "I think that here we rather have the effect of the lack of a greater democratic tradition," said the president of the Faculty of Journalism. "Serfdom in this sense may be present, but we must not exaggerate its impact".

RAS Corresponding Member Andrei Sakharov believes that it would take centuries to get rid of the psychology of serfdom. "150 years is very little for the country, the people, and the era," said the Doctor of historical sciences. "Centuries are required to change the mentality of people. Life changes fast enough, economics, politicschange, but consciousness is changing very slowly. Many famous people talked about this, including the so-called classics of Marxism - the human consciousness is always behind. In this sense, 150 years is a very short period of time, just a few generations who still retain the genetics of serfdom, the humiliation, belittling human nobility, on the one hand, and slavery, on the other," the historian concluded.