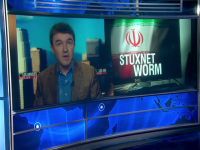 The British newspaper Telegraph, and Le Monde, France, refer to an article published in the Israeli daily Haaretz, according to which a general in the army of that country, Gabi Ashkenazi, has confirmed the authorship of the Stuxnet worm.

Diario Ti: According to the Haaretz article, General Ashkenazi had prepared his transition to his new life as a retiree creating a video where he refers to the milestones of his career. The video, which was presented at a tribute party for the general, includes a sequence in which Ashkenazi says he was responsible for overseeing the development of Stuxnet.

The Stuxnet worm attack has received wide media coverage in Iran. According to Haaretz, the video also includes a sequence in which Ashkenazi admits that Israel bombed nuclear facilities in Syria in 2007. This was the first time an Israeli military commander admits the facts.

Stuxnet put out of service a large number of centrifuges used for the enrichment of uranium in the Natanz installations.

The worm appears to have included two major components. One was designed to send Iran's nuclear centrifuges spinning wildly out of control. The other: The computer program secretly recorded what normal operations at the nuclear plant looked like, then played those readings back to plant operators, like a pre-recorded security tape in a bank heist, so that it would appear that everything was operating normally while the centrifuges were actually tearing themselves apart.

On Wednesday, February16th, the Institute for Science and International Security (ISIS), presented an update of its first report on Stuxnet, published on the 22nd of December. The report was prepared in partnership with Symantec, which was the first computer security company to reveal how widespread the worm was in Iran.

The updated ISIS report noted that those in charge of the Natanz facility managed to dispose of Stuxnet relatively quickly, neutralizing the malware and changing the centrifuges damaged by other new ones, despite international sanctions affecting Iran's nuclear program.

The report also notes that the spread of Stuxnet was produced by planting USB drives in four Iranian organizations that Symantec would prefer not to identify.

Since October it has been suspected Stuxnet had been written and originated in Israel.