In the run-up to the Rio +20 Conference in 2012, twenty years after the ground-breaking Rio 92, a UN report has highlighted the challenges facing both developed and developing countries in making their economies greener on a sustainable basis. The bottom line is flexibility and pooling of resources. 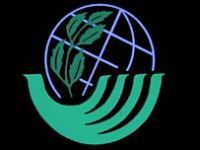 The UN report "Objective and Themes of the United Nations Conference on Sustainable Development" underlines that there have been many successes since the Earth Summit of Rio de Janeiro in 1992, however, the way in which the planet's natural resources are used continues to create damage to crucial ecosystems.

It is clear from the report that the current cycles of production and consumption are more and more harmful to the environment and that the eradication of global poverty while implementing sustainable development continues to be the main challenge facing mankind, as we realise the startling economic impact of the misuse of our environment.

The report points out that despite the fact that world GDP has risen some 60% since 1992, extreme poverty remains endemic in many areas of the planet. Sha Zukang, UN Under-Secretary-General for Economic and Social Affairs, explains that "Today we will review what we have accomplished so far in preparing for Rio +20, what lessons have been learned and how best to move ahead". He added that he hopes "that the intersessional meeting can help participants reach common ground and focus on those critical elements of an action-oriented, forward-looking outcome of the Conference, which will help launch our world on a trajectory towards global sustainability in the 21st century".

Informal discussions among the parts focus on objectives, themes and challenges, analysing what is going well and also examining the drawbacks.  One very positive note in the report is that most countries are incorporating green strategies into their governmental policy guidelines, however, many do not yet have a strategy for a green economy for sustainable development and the eradication of poverty.

The report advises that the approach towards a green economy should be as flexible as possible "allowing governments to define their own paths toward sustainable development, based on national circumstances and priorities". The report underlines a major challenge: while developed countries have the ability to concentrate more resources on environmental questions, developing countries have at the same time to increase standards of living, while trying to contain environmental impact of this.