Nobel Prize Winner? the committee and the guy are nuts! 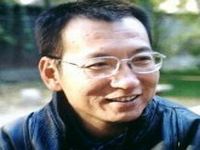 The Chinese government would have been better off not turning Liu Xiaobo into some sort of a martyr for pretentious, hypocritical western bleeding hearts. He should never have been arrested, but the politicians who make up the Nobel committee, led by Thorbjorn Jagland, a former Labour minister, wanted to stick it to China and give them a lesson. For this, they closed their eyes to the views of their hero. Among other things, Xiaobo defends the wars in Korea, Vietnam and Iraq and argues that the tragedy of China is to not have been colonized for 300 years by a western power or Japan.

The winner of the Nobel Peace Prize in 2010 intensified the war in Afghanistan a few weeks after receiving the honor. The award was surprising to Obama himself. This year they made a nonsense martyr out of a former president of the Independent Chinese PEN Centre, neocon Liu Xiaobo. He should never have been arrested, but the Norwegian politicians that make up the committee, led by Thorbjorn Jagland, a former Labour minister, wanted to stick it to China and give a lesson, and for that, they shut their eyes to the views and opinions of their hero.

Or maybe they have not done exactly that, since their perspectives and opinions are not very different. The committee had previously thought of giving the peace prize jointly to Bush and Blair for invading Iraq, but the public outcry forced them to give up the idea.

For the record, one should note that Liu Xiaobo said publicly that in his opinion:

(A) The tragedy of China is to not have been colonized for at least 300 years by a Western power or Japan as it would have "civilized" China forever;

(B) The wars in Korea and Vietnam were undertaken by the U.S. as wars against totalitarianism and increased the  "moral credibility" of Washington;

(C) Bush was right to go to war in Iraq, and Senator Kerry's criticisms were the "propagators of slander";

(D) Afghanistan? Here there is no surprise: he fully supports the NATO war.

He has every right to have those opinions, but, considering the same should he receive a prize for peace?

The Norwegian lawyer, Fredrik Heffermehl, said the board violates the will and testament left by the inventor of dynamite, whose wealth funds the financing of the payouts:

"The Nobel committee did not receive the prize money for free use, but was instructed to grant it to key elements in the peace process, breaking the vicious cycle of the arms race and the plays and games of military power. From this point of view, the 2010 Nobel prize is an illegitimate prize awarded by an illegitimate committee."

(*) Tariq Ali is a journalist, writer and editorial board member of Sin Permiso.