U.S.: who is behind the rise of ultraconservative Tea Party 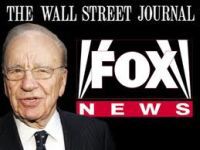 "Time for tea." This phrase used to evoke thoughts of English mansions, separate meetings of the British around a table, tea served in china cups securely by a butler named James. Not now.

Now the Tea Party comes to mind, the ultra-rightwing sector in the U.S., with a think-tank that spreads very ancient thoughts. It is called Liberty Central (LC), and to honor its name, proudly promotes bigotry, racism, rejection of abortion and gay marriages.

It is directed by Ginni Thomas, wife of Justice Clarence Thomas, a member of the Supreme Court, and is home to 54 "friends' groups," including the ultra-Catholic Tradition, Family and Property (TFP). An independent replica the TFP was founded in 1960 in Sao Paulo (Brazil) by the politician, journalist and writer Plinio Correa de Oliveira.

Pliny hated the French Revolution, Protestantism, Catholicism, liberalism, Marxism, of course, and believed that the Spanish Inquisition was the "most beautiful page in the history of the Church" because, while it lasted, "the Catholic Church had been purged of heretics."

The American TFP is not far behind: included in their friends' list are U.S. weapons owners - an organization that insists that every U.S. citizen should have his own gun or at least one gun - Project for the Sovereignty of Missouri - which advocates armed insurrection to overthrow the government - and 52 other members. They have always been linked with the radical right, including the International Freedom Foundation (IFF, its acronym in English).

The IFF was established in the Reagan years and is best known for supporting the apartheid regime in South Africa. But their activism has taken on other fronts. According to investigator, Richard Bartholomew, "the TFP had a role in the Brazilian coup d'etat of 1964, and there are indications that in Uruguay, explosives were received from the military attaché of the Embassy of Brazil to attack places where Communists met. The director of the Chilean TFP magazine, Jaime Guzman, became one of the ideologues of the Pinochet regime "(/ / barthnotes.wordpress.com, 25/02/2008). The same name was raised by Argentine Mario Amadeo and his most famous leader was Cosme Beccar Varela.

TFP / USA is dedicated, among other things, to recruit young people through means of curious practices like the militaries of the Middle Ages. In July of last year, they promoted a "call to chivalrous nobility" in a camp in Louisiana. According to the webpage of the group, "some new techniques were taught such as the use of the medieval sword and archery."

The fighting with sword props had great success as well as simulations of war in tropical rainforests surrounding the property. It is unclear whether these exercises were brutal nor did it specify the number of broken arms and legs during its implementation.

The Tea Party presents itself as a popular movement, but its sudden success would not have been realized without the fortunes of the oil billionaire David H. Koch or Rupert Murdoch, owner of vast media empire, Fox News Corporation, which controls the group of channels Fox and Sky, the daily newspaper, The Wall Street Journal, The Sun, Times. They also supported some 150 candidates from the extreme right in the recent U.S. election.

All of them oppose abortion, some even in cases of rape. They particularly want a tougher policy on all levels, more market freedom, lower taxes, reducing the powers of government and the federal budget. Sharron Angle, one of these candidates, demanded the abolition of the Department of Education and the Environmental Protection Agency.

The support of Tea Party candidates was not only from the media. Koch, who has a personal fortune of $3.6 billion and owns with his brother Charles the megapolis Koch Industries, with annual revenues estimated at 100 billion dollars (30-8-10, The New Yorker), earmarked huge sums of money through The Americans for Prosperity Foundation, which he chairs, and Freedom Works that it finances which funds the election campaigns of candidates of the Tea Party. All are under the Republican flag and can imagine being part of an internal struggle for control of the party.

The former judge and pastor of the New Millennium church in Little Rock, Wendell Griffen, well defined the ideology of the Tea Party: his "patriotism" is "a constant attack on the idea that the U.S. welcomes people of any nationality, creed and ethnic origin. His subliminal white supremacy is an old cancer of the country, never eliminated, because in all periods of U.S. history politicians have had to win the support of the white majority" (ethicsdaily.com, 1-11-10). Economic crises give rise, sometimes, to expressions of populist movements, and not all are on the left!

* Juan Gelman is a poet and journalist in Argentina