Genetic disease threatens the economy of the European Union 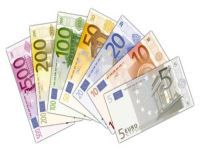 With increased unemployment and countries in debt, the European Union and euro suffer the consequences of a failure at the source

"United in diversity" is the motto of the European Union (EU), but it seems increasingly unrealistic. The economic differences between the 27-nation bloc have been grounds for disagreements and an increased tone of voice among its members. Such quarrels are even higher among the 16 countries adopting the euro as currency.

On one hand, Europe's biggest economy, Germany, underscores its leadership role within the EU dictating to countries hit hardest by the economic crisis started in 2008, which had its epicenter in the United States.

The "poor cousins" in certain ways, are ridiculed by the press of their neighbors, identified by the pejorative acronym Piigs (Portugal, Ireland, Italy, Greece and Spain, its acronym in English).

Unemployment levels reach 20%, even in the economically active population in nations such as Spain, and give breath to xenophobia. Evidence of the recklessness of adopting the euro is the fact that countries like Britain, which maintains its own currency, the pound sterling, have experienced minor impacts during the storm. In the UK nationwide, unemployment is under 8%. Let it be remembered, given the situation of their neighbors.

For the experts consulted by Brazil, the EU suffers now, almost 60 years after being planned, the consequences of a problem dating back to its origin. This single currency bloc lacks a central governing body so that the euro can be managed efficiently.

"The euro is a currency issued by a 'metaphysical' Central Bank that does not belong to any state or manage the debt of any Central Treasury. That's why I also say that the euro has a 'problem of birth,' and that it worked until today, as a semiprivate currency, being accepted because of the private belief and public certainty that the ECB [European Central Bank] and Germany would cover all debt incurred by the 16 member states of the 'eurozone' as it did until 2008," explains Jose Luis Fiori, a political scientist at the Federal University of Rio de Janeiro (UFRJ).

The American sociologist Immanuel Wallerstein, of Yale University (USA), also believes that the financial structure and economic needs of Europe lack central institutions. "It is clear that there is a defect in origin. The problem is that Europe has a single currency without a single government. The solution to this problem is to move towards increasing European federalism, not decreasing. I believe that if it is planned for from now to be in ten years, it can happen. And I believe that this process would be led by countries like France and Germany," he comments.

Political scientist and historian, Luiz Alberto Moniz Bandeira, who lives in Germany, explains how it would be different if the countries had not stuck to the euro. "If each of these countries still had its own national currency, it could be devalued it if its economy were mismanaged, without fiscal responsibility and suffer a speculative attack. However, with the replacement of national currencies, which national states could issue themselves, with the single currency, the euro, devaluation became impossible.

It is therefore difficult to administer a single currency without a central government since, with the existence of asymmetries, especially economic, national governments can make financial decisions because of social pressures and domestic political or other factors as they appear, he added.

End of the euro?

Although weak and unstable, the end of the single European currency is not likely anytime soon, according to Moniz Bandeira. For the analyst, the most likely solution will be the adaptation of the countries most affected to the rules imposed by the major European economies. "A more feasible approach is the submission of the states with weaker economies, like Greece and Portugal, to the fiscal policies of Germany and France, with the adoption of strict convergence criteria, to monitor mainly the rate of inflation, public finances and monetary stability. And it should be noted that the euro, introduced by the Maastricht Treaty (1992), although the victim of speculators, is still more valued than the dollar, a currency without any backing, which tends to decline more," he says.