The man, who tried to save the USSR 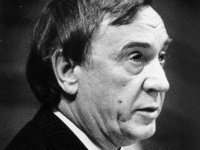 Gennady Yanayev, former vice-president of the USSR, a member of the State Committee for Emergencies in August 1991, passed away on September 24 in a Moscow hospital. He was the man some call "a participant of the coup," while others believe that he along with other members of the Emergency Committee tried to save the Soviet Union from the collapse.

In 1980, he became deputy chairman of the presidium of the Union of Soviet Societies for Friendship and Cultural Relations with Foreign Countries. In 1986, Gennady Yanayev took over as Secretary for International Affairs Council of Trade Unions. Three years later he was appointed deputy chairman of the Council of Trade Unions. In April 1990, he headed the Council of Trade Unions as chairman. Yet, he worked only a few months in this position - at the 28th Congress of the Communist Party, Gennady Yanayev was elected a member of the Central Committee, which, in turn, approved Yanayev as a member of the Politburo and Secretary of the Central Committee for international affairs.

It should be noted that at the time Mikhail Gorbachev saw Gennady Yanayev if not as a thinker, then at least as a person who supported the ongoing reform of the President of the USSR. At the end of December of 1990, Gorbachev suggested Yanayev's candidacy for vice-president of the USSR. However, the Congress of People's Deputies rejected his candidacy. Although 1,089 deputies voted for Yanayev, this was not enough for him to win the position (583 members voted against). But in this case, Mikhail Gorbachev showed uncharacteristic tenacity. He declined to nominate other candidates, and in the second round of voting Yanayev was elected vice president by the Congress. Members of Democrats at the same time complained that Yanayev was a representative of the conservative wing of the Communist Party, and the approval of his vice-presidency was a concession to conservatives.

Gennady Yanayev became famous in August of 1991 when, along with seven other top Soviet leaders, he declared the establishment of the State Emergency Committee of the USSR. The Committee has assumed supreme power in the country, and Gennady Yanayev received powers of the President of the Soviet Union.

History, as we know, is made by the winners. Of course, in the early 1990s, it was impossible to understand the motivation of the coup. Its members were labeled as "plotters," and televised footage of the press conference of the coup showing Gennady Yanayev with shaking hands was heavily broadcasted.

Yanayev later said that he never admitted that he and other members of the Committee carried out a coup. He stressed that their actions were motivated by an all-pervasive crisis that swept the country. It soon became clear it was not only the total, but the final crisis of the USSR.

It is worth noting that according to current opinion polls (VTsIOM and the Levada Center), only eight percent of Russians believe the events in August of 1991 were the victory of democratic revolution. Of course, this does not mean that the sympathies of the Russian residents entirely on the side of the coup - more than 40 percent of respondents believe that those events were an episode of the struggle for power, and over 35 percent of respondents believe that the consequences of August of 1991 were tragic for the country and the people.

Yet, regardless of contemporary estimates, the coup was defeated. In many respects, as later assumed by its supporters and opponents, it was defeated due to indecisiveness. Gennady Yanayev explained it by the fact that the members of the coup wanted to keep Mikhail Gorbachev as Soviet President, and therefore waited for the Supreme Council, which was to support the actions of the Committee. And then Gorbachev was supposed to return. At least, this theory has the same right to exist as the one under which the first president of the Soviet Union was isolated from the entire world in Foros, and had no influence on anything.

After the arrest of the members of the coup, Gennady Yanayev was removed from office and placed in a detention center. He spent three years there, was released in 1994, after the State Duma declared amnesty. After that, Gennady Yanayev served as a consultant of veterans and disabled committee of the public service, and as head of the department of national history and international relations of the Russian International Tourism Academy.

Regardless of our opinions about Gennady Yanayev, he was a historical figure. His name is related to an attempt to stop the collapse of the Soviet Union, albeit unfortunate, but still an attempt.