Millennium Development Goals: Yes, we can! 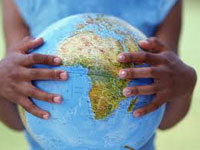 As the talks between Heads of State and Government get under way in New York for the three-day meeting of the US General Assembly on the Millennium Development Goals, the message is clear that mankind can achieve the aims of reducing poverty, combating disease, fighting hunger, protecting the environment and boosting education, although the indications of success are mixed.

The Millennium Development Goals were established by the UNO in 2000 with eight basic objectives: To eradicate extreme poverty and hunger, to achieve Universal Primary Education, Gender Equality and Empowerment of Women, to reduce Child Mortality, to improve Maternal Health, to combat HIV/AIDS, Malaria and other diseases, to ensure Environmental Sustainability and finally, to develop a Global Partnership for Development.

Noble ideas. Since then, we have had two wars (Afghanistan and Iraq) costing trillions of dollars, dividing the international community and in the case of Iraq, deriding the authority or even the existence on the UNO ("a League of Nations" sneered George W. Bush) followed by a self-inflicted Global Economic Crisis, the result of the neo-liberal approach to market economics.

The Objectives and how we stand

Although there has been some success in India and the RP China in reducing the number of people living on less than one USD/day, poverty rates have been increasing in western Asia, and little or no progress has been registered in Sub-Saharan Africa.

The number of children without access to primary schooling decreased from 103 million to 72 million from 1999 to 2006. However, in Sub-Saharan Africa only 71 per cent have access and 38 million children continue to be outside the school system.

Statistics show that a child born in a "developed" country is 13 times more likely to survive than one born on "the wrong side" of a frontier. 27 countries made no progress at all between 1990 and 2006 in terms of child mortality. Low education rates among mothers and children born in rural areas and into impoverished families are naturally most at risk.

500,000 women died during pregnancy, childbirth or in the 6 weeks after delivery in 2005. Ninety-nine per cent of these were in the developing countries. Gender equality therefore does not exist as a birthright - one in 7,300 women dies from preventable causes related to childbirth in "developed" countries, whereas in the Less Developed Countries (LDCs) the ratio is a mere 1:22.

Hope for the future

In the preliminary meetings in New York on September 20, the general message was one of optimism, concentrating on the great deal that has been achieved, while the international community was requested to remain focused to keep the goals on track. In the words of UN Secretary-General Ban Ki-Moon:

One of the key issues addressed by the UNO is Goal Three, namely the empowerment of women and gender equality, involving education for women and access for women to the workplace, involving women in all aspects of society, in crisis management and in home and national economics.

Smart investment, through Official Development Assistance, in women and girls, and in the development of small farmers, infrastructures and social services are all making their contributions, providing the hope at least that humanity is up to the task.