Chinese conquer and mark territory in the economy of Latin America 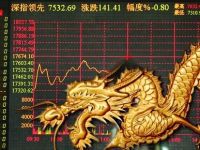 Lately, China has multiplied its investments in the economy of Latin American countries, notably in mining, petroleum, steel and railway infrastructure.  Thus, the Asian giant is finding and marking its territory in Latin America by strengthening and diversifying its presence in a region that registers strong economic growth, especially Brazil, one of the emerging countries of the world.

Chinese leaders and businessmen in recent years, have increased economic visits made to countries in Latin America.  They have been signing agreements on investment and exploitation of oil with Venezuela, Mexico, Brazil, Argentina, Ecuador and Colombia.

Last July, for example, China has provided to Venezuela, a friendly country, the first part of a loan of U.S. $20 billion to finance 19 development projects.  In April, the Chinese giant CNPC said it would pay an entrance ticket of $900 million to Venezuela to gain access to oil reserves in the Orinoco basin.

Also in April, a Chinese leader announced that Peru had become the main recipient of Chinese capital in Latin America with $1.4 billion invested, of which U.S. $1.1 billion is in mining.

However, the country that attracts more Chinese companies is Brazil, especially given its huge need for financing of infrastructure.

For the preparation of the 2014 World Cup and 2016 Olympics, both to be held in Brazil, "we are speaking of numbers ranging from $60-120 billion" and the Chinese may take part, revealed the banker.

Because of not being content to only buy Brazilian iron, China is beginning to produce steel in Brazil.  An agreement signed between the Chinese and Brazilian companies LLX Wuhan Iron and Steel, will call for an investment of $5 billion in building a steel plant.

A few weeks ago, China and Argentina signed agreements on the railway sector for a total of $10 billion. The Latin American companies aim for more funding for development in their countries than, for example, investing in China.

Brazil's Vale do Rio Doce, the world's largest iron producer, announced it will receive a loan of U.S. $1.2 billion to finance the construction of 12 large vessels, for the transport of ore to China, its main customer.

At the end of 2009, Petrobras obtained from China a credit line of $10 billion over ten years to finance its investment program from 2008 to 2013. The United States, which has a predominant influence in Latin America, declared that they were favorable to the Chinese investments.

"This is not a threat," said the U.S. assistant secretary of state for Latin America, Arturo Valenzuela, last August, during his only five-day visit to China.