Vietnam as a Lesson 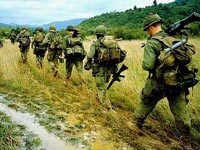 On the 2nd of September, the people of Vietnam celebrated along with their many friends from all other countries around the world, 65 of them having declared their national independence. A historical fact that in most cases in other countries it shines like something natural even for their own people. It may be said that in the case of Vietnam it has and will always have a global significance.

That declaration of independence of a people who had only had been known under the name of Indochina, as part of the extensive colonial world then under the domination of France, went virtually unnoticed here and in other countries like ours, the neocolonial world controlled by the United States and baptized in a contemptuous form as the Yankee backyard.

I remember well, personally, as I was in France in the year 1946, for the first time I could read in the press the name of Vietnam, and then with major emphasis, I listened to it in Prague, and the following year, during the First World Youth and Students Festival.

Here in our Venezuela, however, it was in the 60s and with the motive of our failed attempts at armed struggle, already with our young Communists and Miristas - with weapons in their hands - led by Rómulo Betancourt and Raúl Leoni against a whole range of yankee stooges, when people began speaking, on a frequent basis about the case of Vietnam, which they praised.

In truth, the people of Vietnam have given humanity a great example of the highest morality, in many ways, and valuable especially not only for revolutionaries, but also for people with patriotic feelings in general. What I have written on other occasions, the lesson of ethics, wisdom and simplicity that Ho Chi Minh, the great Uncle Ho, has left us in my opinion is now and will forever be insurmountable.

Let's see how that struggle is explained today by his own Vietnamese people. In a formidable 906 page book recently published, we found there: "The Vietnamese people began the war against American intervention to liberate the South and unite their nation (1954-1975) in very difficult international conditions. The socialist countries, particularly the Soviet Union and China, were divided and held different views. The international communist movement and workers were plunged into crisis, and the national liberation movement was being undermined by neo-colonialism."

And he adds: "Vietnam fought two wars of resistance from 1945 to 1954 and from 1954 to 1975. During that period, the Cold War prevailed throughout the world." Then to add this: "In this struggle of life and death, the Vietnamese people under the leadership of the Communist Party, gradually achieved their own experience and finally reached a glorious victory. Several factors contributed to this victory.

Between them there was the wise and visionary leadership of Ho Chi Minh, who creatively applied his own independent policy in foreign affairs, and he knew how to handle those relationships wisely and with tact. Thanks to his guidance and that of the Communist Party of Vietnam, the wars of resistance in Vietnam achieved great support and encouragement from the Soviet Union, China and other socialist countries, of national-independent countries, and peace-loving and progressive forces in the world, including people from France and the United States. "(Mai Ly Quang, from Past to future Viet Nam or Vietnam from past to future editions Thé Gioia, published in Vietnam, 1st edition, 2007 English)." Comments rest, I say.

Very brief P.S. -in this way I will also offer my condolences to the entire beloved family of Villegas in the recent death of Maria, the widow of the unforgettable Comrade Cruz Villegas.---