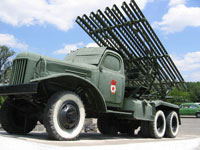 Yet, no one was as accurate as a Gestapo officer.

On Thursday, June 19 of 1941, the phone rang twice in the office of Boris Zhuravlev, attaché of the Soviet Embassy in Germany. The caller hung up as soon as the phone was picked up. For the employee of Berlin field station of NKVD, Zhuravlev’s real title, it was a code signal. It meant that he was invited for an unplanned meeting with the central agent А /201 “Breitenbach,” a Gestapo officer.

They met in a small park at the end of Charlottenburg Street. The agent, a stout 57-year old man, was very worried.

It was the last time the agent Breitenbach was seen by a Soviet person.

In 1929 an employee of the political department of the Berlin police Willie Lehman offered his services to the International Department of OGPU. First, he empathized with Russia and the Russians. In his youth he served at a German war ship in the Far East and witnessed the Battle of Tsushima. He forever remembered sinking heroic Russian battleships with raised Andreev flags. Second, Lehman did not like Nazis. Later, when he joined SS and then National-Sozialistische Deutsche Arbeiterparte for career purposes, this antipathy got even stronger.

“While working for the Soviet intelligence Leman became a convinced anti-fascist,” said Theodor Gladkov, a writer and a historian for the special services, the author of the book "His Majesty the Agent" describing Leman’s life for the first time.

There was the third reason, money. Lehman had a beloved wife Margaret and an equally beloved mistress Florentine. Lehman was satisfied with his additional income equivalent in size to his salary in Berlin police. Granted, he earned every pfennig of this money.

During the years of his cooperation he provided the Soviet intelligence with information about 14 new types of weapons manufactured in Germany, including rockets. There is evidence that the famous Katyusha and missiles for battle planes Il-2 were designed in the USSR after the intelligence officers received Lehman’s tip.

Breitenbach had other achievements. Thanks to his efforts, officers at Lubyanka were able to read coded messages of Gestapo. He helped several Soviet “illegal” individuals and staff intelligence officers to avoid disclosure.

Unfortunately, in 1938 the connection with Breitenbach was interrupted through the fault of the Soviet party. His NKVD mentor Alexander Agayants prematurely died in Berlin from a stomach ulcer. There was no replacement for him. Almost everyone who knew about the agent A/201 at Lubyanka was killed during the Big Terror. Out of 15 people who worked with him only three survived repressions. Leman had to remind the Soviets about himself.

In 1940, he managed to drop a letter into the mail box of Soviet diplomatic mission where he wrote: “I have the same title that is well known in the Center, and I think that I can work again to my bosses’ satisfaction. I think that the current period of time is so important and eventful that we cannot stay passive.”

This time the connection was resumed. Lehman gave the USSR information about preparation of invasion to Yugoslavia in spring of 1941 and the exact date of the attack of the USSR. After the evacuation of the last Soviet diplomat from Berlin the contact with Lehman was lost for good.

The Soviet intelligence tried to use Breitenbach many times. The last attempt cost lives of both the messengers and Leman himself. In 1942 two German communists were thrown across the front line. Pretending to be soldiers on the way home for vacation from the front they reached Berlin and contacted “Red Chapel.” However, by the fall of 1942 they were caught along with the messengers.

When Gestapo found out that their favorite “uncle Willie,” an honest employee always ready to lend ten marks to a colleague before the payday, was a Soviet agent, they were shocked. Lehman worked for Gestapo from its day one since it was created on the basis of the political department of Berlin police. The German party elite, Borman and Hitler, were not told about the incident because of the fear of dismissal and even imprisonment. Lehman was not officially accused. One gloomy December day of 1942 he was called to the office and never came home.

“He was a cheerful person,” Gladkov says. “He is smiling in all the pictures we still have. He had a natural charisma and could win over anyone he talked to. He sincerely thought some of his Soviet “mentors” to be his friends, and they felt the same way. After the beginning of the war, when a rationing system was introduced in Germany, he was sometimes paid with groceries. Obviously, it was not in any of NKVD protocols. He had a small weakness – he liked to go to Berlin racetrack and bet on horses. But Willie Lehman managed to turn even this weakness to advantage for the common good. When the center allocated some money for his treatment (Lehman suffered from kidney disease and diabetes), he managed to legalize his payment through the horse races. He said he bet on a horse and won!”

The story of his life was different – he did bet of the right horse but did not have enough time to cash out.