Talking Too Much About Inglorious Past Shameful, Many Russians Say

In spite of the fact that mass media outlets provided an extensive coverage of the 70th anniversary of the Molotov-Ribbentrop Pact and the beginning of the Second World War, 12 percent of Russians said that they did not know anything about those events. Eight percent of the polled Russians said that they were not interested in that, whereas every sixth of them said that one should not be talking about the past after so many years. 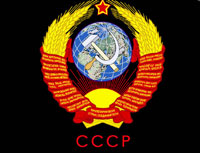 Talking Too Much About Inglorious Past Shameful, Many Russians Say

Only 12 percent of the polled said that they were ready to agree with the Western estimation of Joseph Stalin’s historical role of a state criminal. Thirty-two percent said that they would not share such a point of view on the whole.

It appears that there are reasons for the discussion about looming Stalinism. An opinion poll conducted by Levada-Center at the end of August of this year showed, that 22 percent of respondents (the poll was conducted among 1,600 Russians in 128 settlements) were certain that it was absolutely inadmissible to compare the regimes of Stalin and Hitler. Nineteen percent claimed that there was nothing common between those regimes. Researchers wondered whether people were aware of secret protocols to the Soviet-German non-aggression pact. Thirty-eight percent of the polled said that they heard about he documents. Thirty-nine percent claimed that they had never heard anything about it.

The discussion about Stalin’s role in Russia’s history attracted a lot of attention of the Russian clergy too. However, they do not share a common viewpoint about it either. Some of them said that it was the churchmen’s fault because they could not lead Stalin and other blood-thirsty leaders in the paths of righteousness. Others said that Stalin was a monster, an ugly spiritual creature, who created a monstrous and anti-human system in the country, which could make him comparable to Hitler.