Many Russians may switch to illegal alcohol under crisis conditions

Average Russians were spending ten or eleven percent of their income on purchasing 14.3 liters of strong alcoholic beverages every year before the financial crisis. The spending on alcohol will grow to 15 percent and higher under the conditions of the crisis – both on account of the price growth and because of the reduction of people’s wages. Europeans are not ready to spend more than three or five percent of their income on alcohol, a recent opinion poll said. 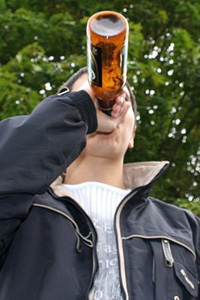 Many Russians may switch to illegal alcohol under crisis conditions

An average Russian consumer, the research said, may switch to the products of illegal alcohol industry against the background of the drop in the living standard of the population and the ongoing price growth on alcoholic beverages.

The researchers analyzed the correlation of spending on alcohol against the level of income in different countries to find out how many liters of alcohol a citizen of Russia and Western countries could afford.

Europe consumes up to 40 percent of alcohol in the so-called HoReCa system – Hotels, Restaurants and Cafes. In Russia, the HoReCa percentage is a lot lower – only three percent, because the beverages available in retail chains are a lot cheaper, although one may not say that Russian alcohol drinks are the cheapest in comparison with other countries.

If a person does not have an opportunity to purchase a lot, it does not mean that he or she will decide to stick to that opportunity. From their family budget Russians annually buy 14.3 liters of vodka, cognac and other strong beverages, as well as 6 liters of wine, 2.8 liters of soft drinks and 81 liters of beer, which makes 11.2 liters of pure legal alcohol in total. A Russian family spends about eleven percent of income on alcohol.

An average American buys 8.16 liters of pure alcohol within the limit of five percent of a family budget. Beer makes up 90 percent of the amount, with only 4.9 liters of strong beverages.

The Russians’ taste for vodka is obvious: people in Russia buy strong alcohol in larger quantities than those living in cold European countries. A price growth on vodka (from the current 70-75 rubles ($2.5) per a half-liter bottle to 100 rubles ($2.9)) will cause damage to legal vodka makers, because many Russians will turn to illegal producers.