On March 2 Russians celebrate Fedor Tiron’s Day. Since long ago people have been praying to him asking him to help them find stolen things and runaway prisoners. Fedor Tiron is a Russian martyr known as the defender of those who follow the Ten Commandments. 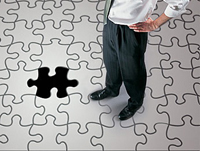 Russians used to believe that on March 2 pagan god of the Sun Yarilo inspected ploughs and other peasant’s tools to see if they were ready for spring season field works.

According to Russian legends March 2 is the day when spring sun begins to melt the snow and when birds start to build their nests.

This day is also known as ‘Clean Monday’ – the beginning of Great Lent. The purpose of Great Lent is to prepare the faithful to not only commemorate, but to enter into the Passion and Resurrection of Jesus. The totality of the Orthodox life centers around the Resurrection. Great Lent is intended to be a "workshop" where the character of the believer is spiritually uplifted and strengthened; where his life is rededicated to the principles and ideals of the Gospel; where fasting and prayer culminate in deep conviction of life; where apathy and disinterest turn into vigorous activities of faith and good works.